Baghdad demands Ankara to stop bombardment and pull out its troops

Iraq summoned Turkey's Baghdad ambassador Fatih Yıldız to the Foreign Ministry for the second time and handed a memorandum saying, “Stop the bombing, and withdraw your soldiers”. 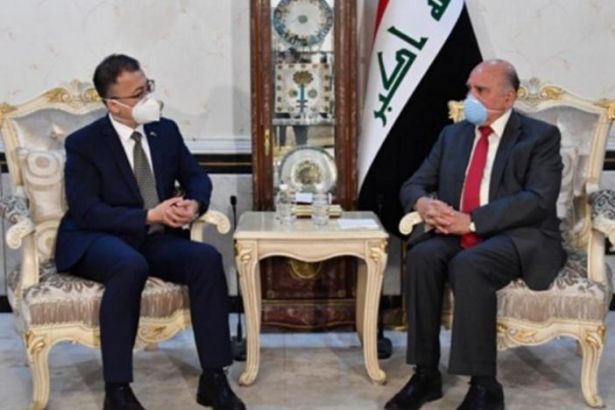 Iraqi Foreign Ministry, summoned Turkey's ambassador to Baghdad, Fatih Yıldız, to the ministry for the second time, and condemned the recent air and ground offensive of the Turkish Armed Forces against the PKK in northern Iraq. Iraqi Foreign Ministry also urged Ankara to withdraw its troops and to stop the bombardment of Iraqi land.

Iraqi Ministry of Foreign Affairs issued a statement saying, "Iraq strongly condemns the Turkish forces bombing targets on our international borders on June 17. By this offence, Turkey has violated our country's sovereignty. We emphasize that we will not accept these attacks in violation of international regulations and laws. The shelling of Iraqi territory should be stopped and the Turkish forces should be withdrawn."

Turkey launched two separate operations in northern Iraq against the PKK on June 14 and June 16. While the clashes with PKK forces are still going ahead, the Turkish Ministry of Defense announced the death of a Turkish soldier, specialist corporal Ömer Kahya on June 19 in Northern Iraq.