At least 33 people from rescue crew, who were on a mission to find people hit by an earlier avalanche on Tuesday in the region, were killed by a second avalanche in Turkey’s Van on Feb. 5. 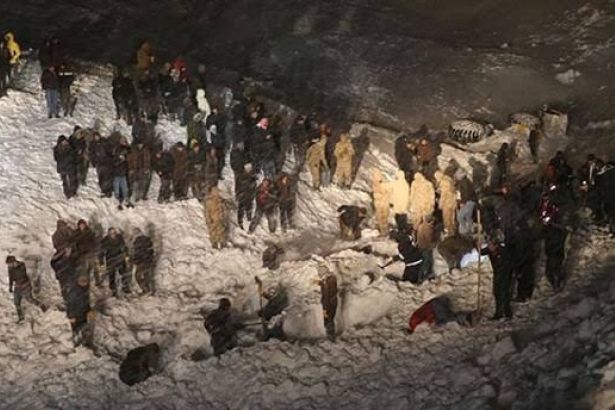 A total of 33 people from the rescue crew searching for people buried under earlier avalanche hit on Tuesday were killed in a second avalanche on Feb. 5 in Bahçesaray district of Turkey’s eastern province of Van. At least 55 people were injured, the authorities announced.

Some 30 people, including Gülşen Organ, the Key Advisor to the Turkish President, and Osman Uçar, Van Provincial Director of Disaster and Emergency Management Presidency (AFAD), have been woundedly rescued or escaped from underneath the avalanche and hospitalized, the Ministry of Interior announced.

Bilmez also said that rescue members of AFAD and National Medical Rescue Team (UMKE) were buried under the avalanche.

On the other hand, Turkish authorities cannot provide clear information about the number of people trapped under the avalanche, considering the citizens participating in the search and rescue operations.

300 people were carrying out search and rescue operations in the region to find people trapped under the earlier avalanche on Tuesday, and that more than 50 people may have been under the second avalanche, Meki Arvas, the Mayor of Bahçesaray, stated.

Turkish Minister of Health, Fahrettin Koca, also noted that the number of casualties may increase.

On Feb. 4, the first avalanche buried a snow-clearing vehicle and a passenger van, claiming the lives of 5 people.