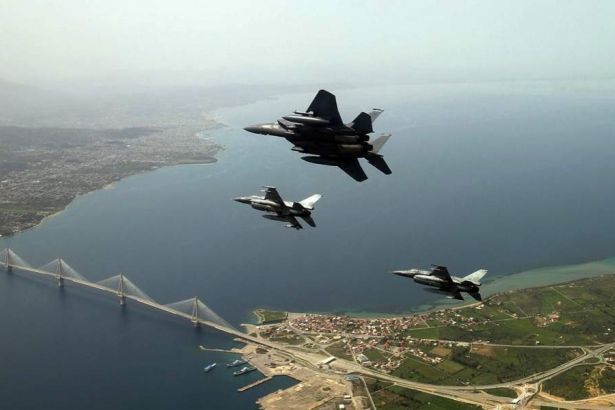 Greek newspaper Kathimerini reports that Athens and Washington DC are now focusing on the ‘flexible’ means to enhance the US arms systems in Greece. One of such flexible means is an increase in the number of drones or air tanks in Larissa air base.

In addition, according to the sources, the US is preparing to enhance the involvement and scope of Greek air training.

An increase in the number of US naval ships is expected at the Aegean coasts regarding the close cooperation between the two countries.

Tension with Turkey has changed the power balance

The strengthening of cooperation between Greece and the US has coincided with the pressure on the cooperation between Ankara and Washington DC. It is foreseeable that Athens will geopolitically benefit from a change in the power balance in the eastern Mediterranean.

Washington DC warned Turkey against the purchase of Russian S-400 air defense systems last week while a bill regarding the cooperation in energy and security in the eastern Mediterranean which sought to militarily and diplomatically favor Greece and Cyprus was discussed in the US Congress.

Larissa convention will be renewed

The convention regarding the Larissa air base will be renewed in August and the parties have already engaged in a negotiation process regarding the arms systems based in the air base.

In addition, the US helicopters are expected to use Stefanovikio, Thessaly air base while Alexandroupoli and Thessaloniki bases accommodate flights to eastern Europe.

Although Athens welcomes the new stage of cooperation with Washington DC, it desires the termination of tension between Turkey and the US at all costs.