At the session of Astana Format held in Sochi, Syria described the United States and Turkey as the "major factor that prevents the re-establishment of stability in the Syrian territories”. 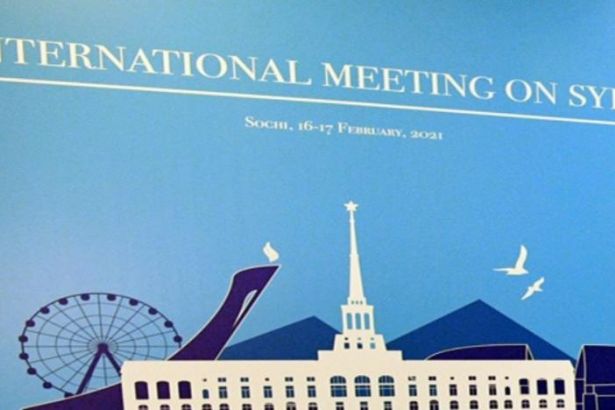 At the ongoing Astana meetings in the city of Sochi in Russia, Syrian Deputy Foreign Minister Ayman Suzan stated that "Turkish regime is hiding its military presence and expanding it in Syria. These steps show Turkey’s hostile intent and betrayal against Syria, and all of them are reflected in the region’s security.”

Suzan issued a press release after the meeting, stating that the illegal presence of Turkey and the United States in their territory is the “major factor that prevents the re-establishment of stability in the Syrian territories.”

In the final declaration of the 15th International Meeting on Syria in the Astana Format, it was emphasized that the international community should participate in facilitating the return of Syrian refugees to their homeland.

Also, Russia, Iran and Turkey agreed to cooperate in the fight against ISIS and Al-Nusra groups.

The delegation of the three countries stressed their "serious concerns" on the grounds that the activities of Al Qaeda-linked HTS in and around Idlib threaten the civilian population.

In 2017, a "tension reduction" zone was established in Idlib to provide shelter for militants who refused to lay down their arms in other parts of Syria.

At the meeting, it was also emphasized that the 16th International Meeting on Syria in the Astana Format will be held in the capital of Kazakhstan, Nur-Sultan (formerly Astana), in the middle of this year.

The Astana trio consisting of Russia, Turkey and Iran, had met for the first time in Astana back in January 2017.