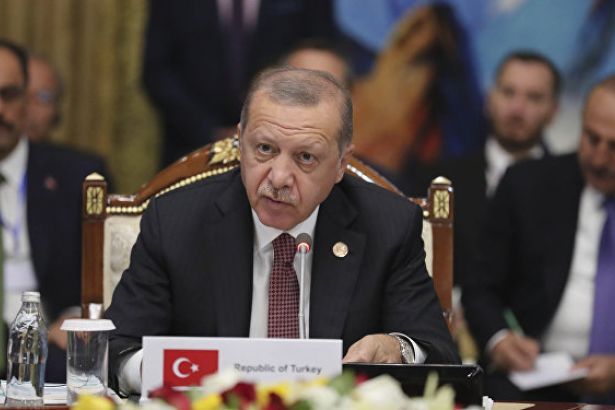 The political and media adviser to Syrian President Bashar Assad, Bouthaina Shaaban, suggested that the Turkish President actually wants to see the Muslim Brotherhood as the political power in Syria.

Shaaban noted that Erdoğan always wanted and still wants the Muslim Brotherhood to be recognized in Syria and be a part of Syrian authorities.

As reported by Sputnik, Shabaan said in an interview with the broadcaster Al Mayadeen that "Today, Erdoğan, acting through the so-called opposition, the majority of which is, of course, loyal to him, is seeking to determine the name which would ensure that the Muslim Brotherhood has a voice in the Syrian government."

The adviser also noted that religious parties are not allowed in the Syria as it a secular pluralist state.

Shaban's statements came after President Assad's similar statement about Erdoğan. Mentioning that Erdoğan is a supporter of the Muslim Brotherhood, Assad said "Erdoğan is trying to make it look like he was behind the events. When he gets angry, he throws away threats like "we have no patience left."

"Erdoğan is actually a small US pawn," Assad said.