An eight-story building has collapsed in Istanbul, killing at least eleven people. Communist Party of Turkey accuses the profit-hungry capitalist order of the deadly collapse 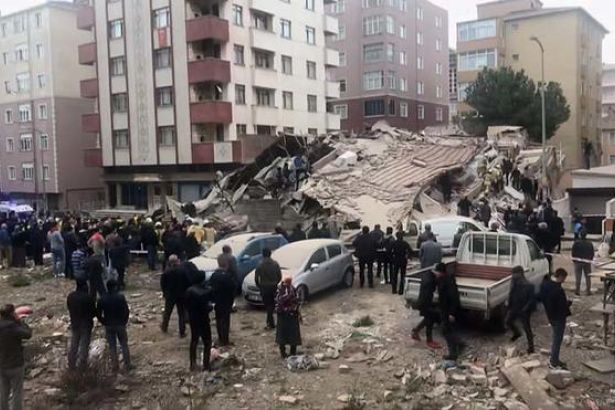 An eight-story apartment building collapsed on Wednesday afternoon February 6 in İstanbul’s Kartal district. The officials initially announced 3 people died and 12 others were injured by the collapse, but according to the most recent sources, at least 11 people died.

The ministers of interior and urban planning have told that they have access to the information how many others are under the rubble but they think it is unnecessary to announce this number at the moment.

A court in İstanbul imposed a broadcast ban on media reports regarding the deadly collapse.

According to the İstanbul's governor, Ali Yerlikaya, the building was licensed in 1992, but only 5 stores were legally approved while the three upper floors were constructed without any license. "The textile workshop on the ground floor of the building is also unlicensed", said Yerlikaya.

The neighbors speaking to the soL correspondent at the scene stated that there was a shock in the building yesterday and that there were cracks on the walls. It was also stated that the carrier columns were destroyed at the textile workshop located on the lowest floor.

Meanwhile, Sözcü daily reported that the collapsed building was owned by the relatives of Hüsnü Yeşilyurt, the deputy mayor of Kartal municipality. The municipal officials claimed that there was no risk report or complaint regarding the collapsed apartment building.

ENGINEERS’ UNION: “60% OF BUILDINGS ARE UNLICENSED”

The Union of Chambers of Turkish Engineers and Architects (TMMOB) released a statement following the deadly collapse. Emin Koramaz, the chairperson of the union, indicated to similar building collapses around the country. He referred to the deadliest collapses of the country, as 84 people had died in an apartment in 1983 in the eastern province of Diyarbakır while 92 had died in 2004 in the province of Konya.

The lack of engineering service, the use of improper materials, the lack of required ground surveys, faulty projects, and the lack of inspection are among the main reasons of deadly construction collapses in Turkey, Koramaz said. Indicating to the two stores that were unlawfully added to building in İstanbul’s Kartal district, he said that 60 percent of the buildings in Turkey are unlicensed.

Koramaz noted that the government and local administrations encouraged illegal or unlicensed buildings by means of “zoning amnesties” that were often implemented particularly for political benefits in Turkey. 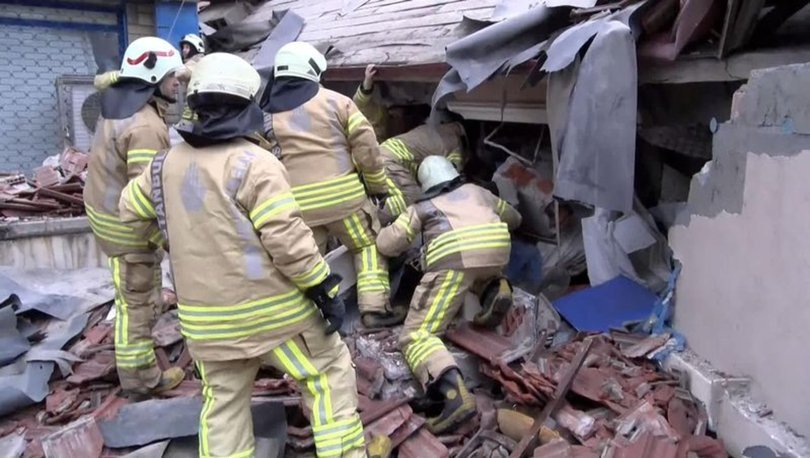 TKP: PEOPLE UNDER RUBBLE, PROFIT OVER IT

The Communist Party of Turkey (TKP) has also issued a statement on Wednesday regarding the deadly collapse in İstanbul. Underlining that all the people should have the right to housing under humane conditions, TKP has said that the government has turned housing into a possible means of massacre in the country, adding that the recent building collapse was not a natural disaster.

TKP has accused the capitalist order of the collapse, which ignores planning and inspections, instead stuffs people into concrete graves with profit-hungry policies. The communist party has also indicated to the governmental policy of “zoning peace” to “forgive” unlicensed settlements or workplaces as a propaganda material during elections.

Sharing its condolences for those who were killed in the collapsed building, TKP has vowed to call those responsible figures to account for murdering people and dooming the metropolitan city of İstanbul to darkness.