Another victory against compulsory religion classes in Turkey 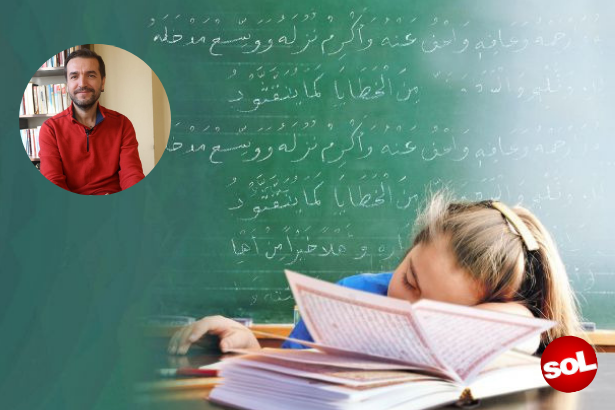 Halil Konaklı, an Alavi Turkish citizen and father of a primary school student, had applied to the district governorship in September 2018 for his child's exemption from compulsory religion classes, yet the governorship had rejected the application on the grounds that "The students affiliated with religions other than Christianity and Judaism or the students who are not affiliated with any religion must take the lesson of religion".

"COMPULSORY RELIGION CLASS IS A TYRANNY"

Noting that he had applied to the court to show that some people can stand against such tyrant implementations, Konaklı said that during the legal process he used the information provided by the Enlightenment Movement Against Reaction. The Enlightenment Movement was established by the Communist Party of Turkey (TKP) against the religious and reactionary impositions of the ruling Justice and Development Party.

Konaklı said that they will forward the court decision to his child's school in the next academic year, adding that they will continue to struggle if they face any prevention for the exemption of his child from compulsory religion classes.

Konaklı also called on the people and the parents to decisively and courageously struggle against compulsory religion classes. "We will change the things in life by struggling and resisting. People should do this. They should struggle as from today, they should file suits, they will resist and they will win," he concluded.

Millions of people and their children are exposed to compulsory religion classes in Turkey as the ruling AKP government has immensely accelerated the Islamization of education for years. Many parents have taken the assistance of Enlightenment Movement and resorted to legal struggle for their children's exemption from compulsory Islamic classes.