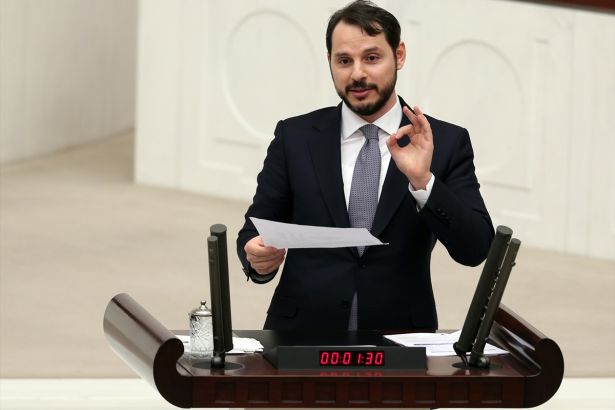 Turkish President Recep Tayyip Erdoğan's son-in-law and Energy Minister Berat Albayrak’s leaked e-mails continue to generate new scandals. According to the mails, it has been unveiled that he had had his doctoral thesis written by someone else.

CHP’s deputy Yüksel Aytuğ had read Albayrak’s dissertation criticising nuclear energy during his speech in the National Assembly, and Albayrak had not been able to answer any questions directed.

This is the message that revealed the scam:

From: [email protected] To:

In the attachment is a presentation consisting of 12 slides about tomorrow’s thesis monitoring. It would be good if you copied it the times equal to the number of the thesis juries. I am now doing the model scanning. I will also continue to eliminate the deficiencies of the thesis.

As you will see in the attached file, we have completed the major part of the tasks on the “to do list” we had given you last week. There is only a small section left about the renewable energy sources in Turkey. Beside this, we are now starting the econometric modelling. I will have gathered the data and completed this part next week with a friend who is an Assoc. Dr What we ask of you is as follows: a footnoted translation of the English text about project finance, which has the number 292 at the beginning. * Completing your last week’s tasks. * Determining the repetitive footnotes, and replacing them with the sources. * Reviewing the thesis on general, and let us know of the missing parts.

According to the current conditions, we will see you after the holidays. We will be completing out parts in the meantime. We wish you success with your works.

According to the correspondences, the person who prepared the thesis was Prof. Dr Erişah Arıcan of Marmara University. Having been appointed to the post of Directorate of the Institute of Banking and Insurance in Marmara University in the August of 2015, Arıcan was then selected a Board Member of İstanbul Stock Exchange on April 1, 2016.

Marmara University also came to the fore because of the claim that they had prepared a counterfeit diploma for Recep Tayyip Erdoğan. The reason that this is a big deal is that the law states that people who are not university graduates cannot be President in Turkey.