"Turkey's Ministry of National Defense announced on 19th of August, that an airstrike was organized on the Turkish Armed Forces (TSK) convoy, which was being transferred to the 9th observation point, and 3 civilians were killed and 12 wounded. There was a clear logical error in the statement: What were the civilians doing in the military convoy? It didn't take long before we found out that the killed and the wounded were Ikhwan linked Feylak al-Sham militants" 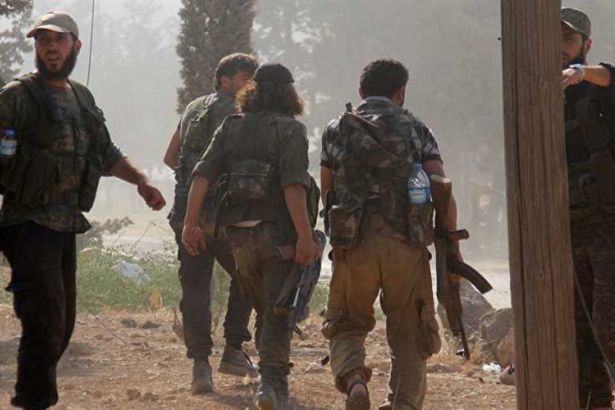 Emre Köse from soL news evaluated the Ankara's position on Astana, Idlib and Khan Sheikhoun after the recent developments in Syria. After the withdrawal of jihadist groups from Khan Sheikhoun, the Syrian Armed Forces continues to advance towards Jarjanaz in Southern Idlib, targeting Turkish-backed militants.

The Syrian army has recently entered the northwest suburbs of Khan Sheikhoun, one of the largest cities in Idlib, and has achieved its first concrete gain since March 2015 within the province.

Han Sheikhoun was the region where the provocation of chemical weapons took place in April 2017. The incident resulted in the US hitting the Shayrat military airbase in the Homs countryside with Tomahawk missiles. As expected, both the US and the UK threatened to intervene in Syria if chemical weapons were used”.

The progress made against the groups connected to the Feth'ul Mubin operation cell dominated by the delegation Hay'at Tahrir al-Sham (HTS) in Khan Sheikhoun and the surrounding settlements in the south of Idlib, is the result of the responsibility given to Ankara in the Astana agreement signed with the consent of Tehran and Damascus. This was an important development towards opening the M5 highway, one of Syria's vital points.

ARE THE OPERATIONS OF THE ARMY ‘VIOLATION OF ARMISTICE'?

Operations conducted since the beginning of August in the south of Idlib, cannot be considered as “ceasefire violation”, considering the region is controlled by factions of al-Qaeda-linked HTS led by the Nusra Front.

On the other hand, according to the Astana agreement, one of the main commitments Turkey has stipulated was that the 'moderates' be separated from jihadist groups. However, this was not technically feasible and was confirmed in January of this year by an internal conflict between the HTS and the Ankara-supported Ahrar al-Sham and Sukkur al-Sham groups.

Moreover, it was observed that Turkey made no moves on this side of faith.

Here, more precisely, we see how the HTS step by step seized Idlib, the western Aleppo rural areas, the borderline, and northern Hama. In last quarter of 2018 before January, HTS, by taking Daret İzze in west Aleppo, wiped off the Nureddin Zen group which was backed by Turkey and seized the contact line between Afrin region and Idlib. This was the first vital gain for the HTS.

Ankara has made no statement regarding these conflicts. Although there have been some internal conflicts since March 2015, the events this year had a different meaning; The gains of the HTS have come to the fore as part of efforts to strengthen Idlib's control over the main transport arteries and make themselves an ‘indispensable interlocutor'.

It was expected that the next move of the HTS would be to attack the Ariha and the M5 (Aleppo-Damascus) road south of Idlib to control the M4 (Latakia-Damascus) road and Maarrat al-Numan. But Turkey-backed FSA (Free Syrian Army) groups founded an umbrella organization in Idlib called the National Liberation Front, and this Front surrendered Maarrat al-Numan and Jabal-Zaviye to the HTS.

The clashes under discussion ended when Hazano, which functioned as an intersection point between Idlib and the Cilvegözü border crossing, came under the control of the HTS connected Liberation Government as a result of an agreement made. The flow of arms and assistance from Turkey to 'moderate' groups, helped HTS to dominate Atme, Atarib and almost all the borderlines.

The only fraction that was disintegrated as a result of the capture of almost all of Idlib by HTS was Nureddin Zenki. The Feylak al-Sham groups are active in the east of the Ceyş’ul İzze and M5 motorways. These groups are considered as ‘moderates' and they are currently on the same front with the HTS. It has also been seen that militant backups were made from Afrin to support the HTS in the clashes that have taken place for the last three months in northern Hama and south Idlib.

WHY THE 9th OBSERVATION POINT WAS NOT EVACUATED?

On August 19, Turkey's Ministry of National Defense announced that an airstrike was carried out on the TSK convoy, which was being transferred to the 9th observation point, and that three civilians were killed and 12 injured in the attack. There was a clear logical error in the statement, what were the civilians doing in the military convoy? It didn't take long before it turned out that the deceased and wounded were the Feylak al-Sham militants linked to the Ikhwan.

In addition, the Russian Avia.pro website wrote that two SU-35s affiliated with the Russian air force, prevented Turkish F-16s while clashes took place around Han Sheikh. The news on the site stated that "following the threats from Turkey, the Su-35s escorted the Syrian air force and protected them." According to unconfirmed claims, the site reported that the Turkish aircraft flew a distance of 30–40 kilometers into the Syrian airspace.

The Syrian army realized a two-winged operation in 20 days against Khan Sheikhoun; one over the settlements of Hubeyt to the west of the town and the other over Sukayk to the east.

In the past days, the army troops entered the Khan Shaykhouon and the forces in Sukayk took the remaining control points there and the TSK's 9th observation point was completely under siege. 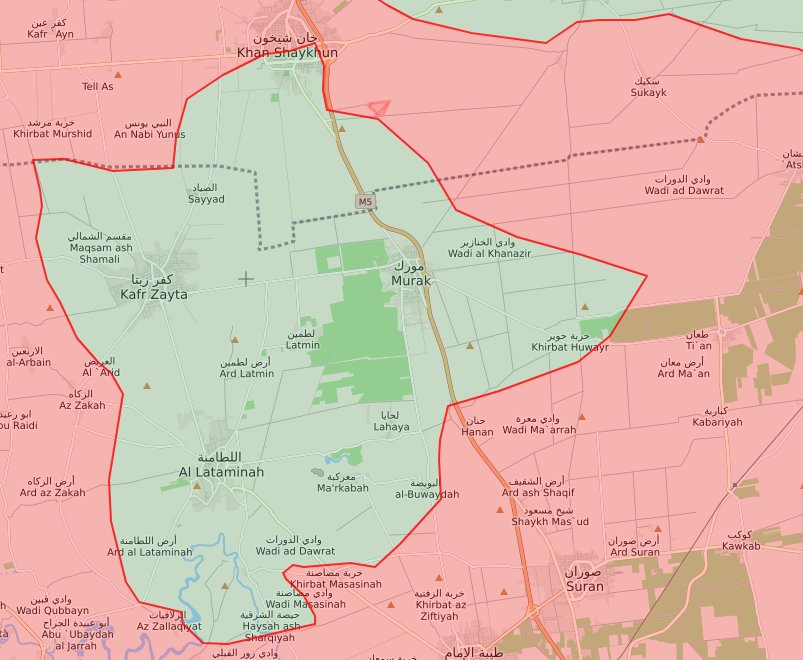 BBC's Syrian correspondent Riam Dalati said that the Syrian army is trying to communicate with Turkish troops through radios, saying, "You're not under siege here, you can stay." Dalati later reported that a Turkish military source denied any contact for evacuation.

The rapid closure of the M5 highway by the Syrian army built a barrier against a large part of the militants trying to escape from the northern Hama pocket. The persistence of not evacuating the 9th observation point can only be explained by the fact that the soldiers here were used as shields for jihadist militants.

On the other hand, with the closure of the M5 highway, the TSK is building a new observation point, 13 kilometers north of Khan Sheikh, a claim spread by local news sites close to armed groups.

HOW DOES THE HTS SEE THE OBSERVATION POINTS?

The way in which the HTS sees the observation points can be understood from the views of Favaz Hilal, the head of the Liberation Government, a civil administration affiliated to the HTS in Idlib. Reuters news agency posts a report issued and signed by Khalil Ashawi on May 27, 2019.

HTS, despite being included in the list of terrorist organizations by US, England, Turkey, and many other countries, Favaz Hilal is mentioned as the "Idlib government chief” and “senior opposition official".

Referring the Syrian army operations and attacks in May in northern Hama, in the region of Idlib in Syria, Hilal is confident that the Syrians from Afrin - referring to the gathered opposition fighters, meaning the FSA militants- will put up against such attacks.

Hilal expresses hope that Turkey will maintain the observation points established in the south of Idlib and prevent the air attacks carried out by Russian and Syrian aircraft. The 9th observation point today serves exactly this expectation. Hilal further said, “But these points cannot even protect themselves. Ankara should clarify its role and its expectations from these points .”

Another commitment which Turkey could not fulfill within the scope of the Astana agreement was to stop Hmeym military airbase in Ceble located in Aleppo, near the northern city of Hama and Latakia pockets. The gains in Northern Hama are of particular importance for stopping these attacks.

However, the Syrian army is predicted to focus on the eastern Idlib countryside in the future.  a TSK convoy advancing from Maarrat al-Numan, south of Idlib, towards an airbase located in Serakib in the eastern countryside Tel Toucan, is shown as evidence for this prediction.

Progress in Eastern Idlib only aims to draw an invisible border between the Syrian army and the HTS militants by the M4-M5 highways. Indeed, Russian Innovative Development Institute Center for Islamic Studies Chairman Kirill Semenov, speaking to Tatiana Shuvalova of Sputnik Turkey said, that the area between Idlib in the M4-M5 highways and the border with Turkey should have a new status. "This region should be the red line for Assad and its security should be provided by Turkey,” Semenov said.