The workers of AnkaPark, a giant amusement park in Ankara, cannot receive their salaries regularly. The extravagant park was launched by President Erdoğan in March 2019 Previously known as AnkaPark, Wonderland Eurasia is one of the biggest amusement parks 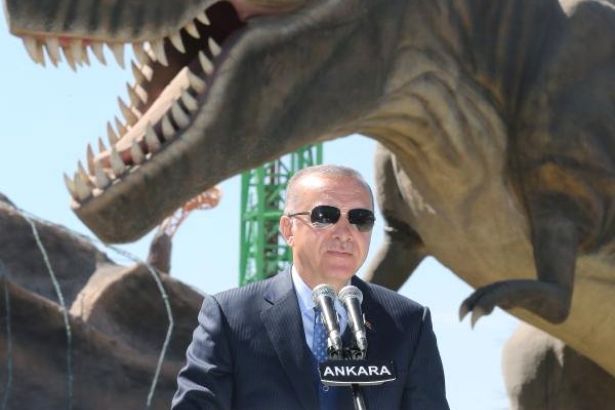 Previously known as AnkaPark, Wonderland Eurasia is one of the biggest amusement parks in the world, the construction of which was launched on the Atatürk Forest Farm in 2013 under Melih Gökçek, the former AKP mayor of Ankara.

Inaugurated by President Erdoğan in March 2019, the construction of the giant amusement park cost around $351 million. As the park’s operation has been leased to a private company in return for millions of Turkish lira, the workers of the park cannot receive their salaries regularly.

Talking with soL news, one of the workers said, “We were told last Wednesday that we would receive all of our wages. However, they’ve broken their promise again. Since then, they’ve been paying us 100 to 200 lira ($17.5 to 35) per day,” adding that they are hopeless about receiving their wages.

“AnkaPark isn’t just a symbol of pride for Ankara, but all of Turkey,” Erdoğan said while he was talking in front of ridiculous dinosaur figures during the official inauguration ceremony of the theme park ahead of Turkey’s recent local elections in late March.

Erdoğan’s ruling party, and Gökçek, the controversial former mayor of Ankara, who stepped down from his position during Erdoğan’s reshuffle in local governments, are heavily criticized for such extravagant projects as AnkaPark at the expense of forests and public areas.