Earlier, the US State Department approved the sale of $3.5 billion-worth of Patriot PAC-3 air defence systems to Turkey in a bid to convince Ankara to ditch its $2.5 billion S-400 deal with Moscow 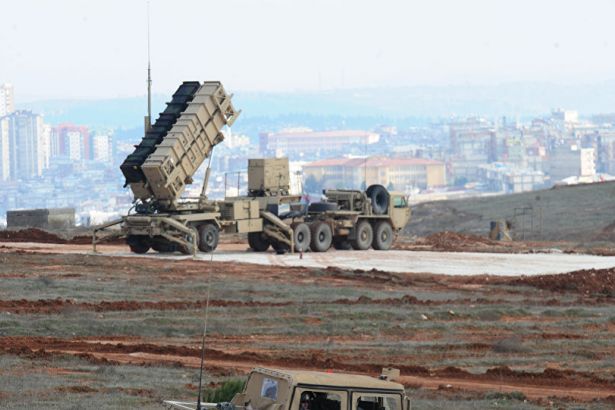 Ankara is interested in the transfer of technology along with the possible purchase of US-made Patriot air defense systems, Turkish Foreign Minister Mevlüt Çavuşoğlu said Thursday.

Two weeks ago, state-run Anadolu news agency reported that a US delegation in Ankara had made an official offer to Turkey to purchase Patriot systems.

"We have received an offer from the US regarding the sale of Patriot systems. But we have criteria and wishes, such as delivery time, cost and lending terms, which are important ... However, in the medium and long terms, the main thing for us is joint production and technology transfer. This will give us independence from imports. Negotiations with the US side continue," Çavuşoğlu told a press conference.

In earlier negotiations with Ankara, Washington was reticent to transfer its Patriot missile technology to Turkey. Moscow, meanwhile, promised Turkey joint production and technology transfer as part of the $2.5 billion S-400 deal.

In December 2018, the US State Department approved the possible sale of Patriot systems to Turkey in the amount of $3.5 billion.

Last week, Çavuşoğlu said that Ankara was ready to consider the US proposal on deliveries of the Patriot air defense systems, but refused to abandon the S-400 missile systems deal with Russia as a potential precondition for the Ankara-Washington agreement.

A US team wrapped up two day-worth of talks with its Turkish counterparts on Wednesday. Earlier, Turkish media reported that the US team would look at "express specific concerns" about Ankara's purchase of the S-400s from Russia and how this would affect the "flight safety of F-35 aircraft."

US proposes sale of Patriot missile system to Turkey