Ankara negotiates with US: Target is not Kurdish people

Hulusi Akar, Turkey's Minister of Defense, commented on US National Security Consultant Bolton’s statement regarding the Kurds in Syria 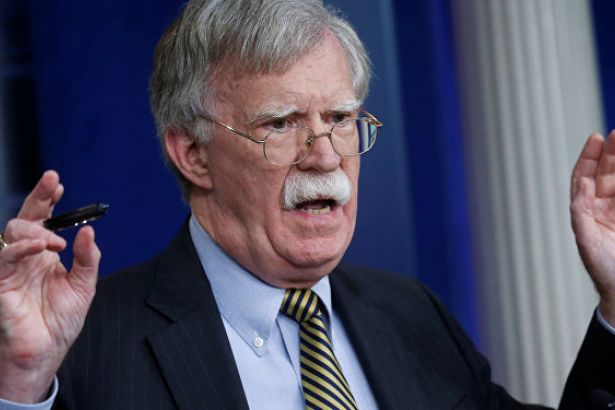 In the previous days, US President Donald Trump’s National Security Consultant John Bolton said in his statement in Israel, “We do not want Turkey to conduct operations without full coordination with the US and the withdrawal of US troops will not happen before an agreement is signed in order to protect the Kurds in the region.”

Minister of Defence Hulusi Akar, in reply to Bolton's statements, said that “The Turkish Armed Forces is not against our Kurdish brothers with whom we share the same geographic region and our bread. Our fight is against the terrorists within PKK/YPG and IS who pose a threat against our Kurdish, Arab and Turkmen brothers and other ethnic or religious communities.”

Spokesperson of Turkish President Erdoğan, İbrahim Kalın, also made a written statement regarding the issue and reminded Erdoğan’s words, claiming that Turkey will both be in the field and also in the negotiation table. In his statement, Kalın underlined that “the claims regarding Turkey targeting Kurdish people is irrational. Turkey’s targets are the terrorist organizations of IS and PKK/PYD/YPG.”

John Bolton and other US officials are visiting Turkey in these days to talk to the Turkish officials. During the meeting between Bolton and Kalın on January 8, Manbij, the US withdrawal process from Syria and the sale of patriots were on the table.

The latest statements made by the Turkish officials show that Turkish government tends to use the claim in the negotiations that Ankara is not against Kurdish people but Kurdish armed forces and political organizations since the US government insistingly claims that they plan to ensure the security of the Kurdish forces in the region.

In the previous days upon US resolution to withdraw forces from Syria, Syrian Democratic Forces (SDF) declared that they have abolished their federalism claims and called upon the Syrian army to protect the borders of Syria. YPG spokesperson Redur Khalil recently argued that an agreement between the Syrian government and the autonomous administration is inevitable considering that the autonomous region is a part of Syria and the negotiations are continuing in order to reach a final resolution.