Turkish Foreign Ministry reacted to the joint declaration of Egypt, UAE, Greece, Cyprus, and France following their call for a truce in Libya amidst the escalating tension in the Eastern Mediterranean. 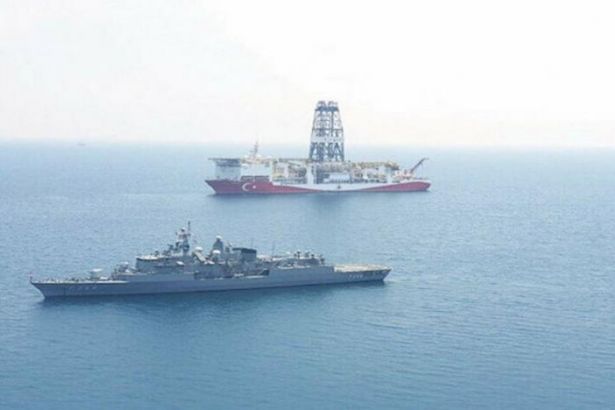 The tension in the Eastern Mediterranean has been increasing for months with regards to Turkey’s claims to extract natural gas and oil in the region.

The foreign ministries of Egypt, UAE, Greece, Cyprus, and France declared a public statement after a teleconference made between the parties to call for a truce in Libya and to invite the parties in the region for a political dialogue.

“The Ministers recalled that the Memorandum of Understanding on the delimitation of maritime jurisdictions in the Mediterranean Sea infringes upon the sovereign rights of third States, does not comply with the Law of the Sea and cannot produce any legal consequences for third States,” the joint statement said.

The ministers strongly condemned Turkey’s military interference in Libya, “recalling the commitment to refrain from any military foreign intervention in Libya as agreed in the conclusions of the Berlin conference.”

“These developments constitute a threat to the stability of Libya’s neighbours in Africa as well as in Europe,” the joint statement noted. The 5 countries called on the Libyan parties to “observe a truce during the holy month of Ramadan and stressed their commitment to work towards a comprehensive political solution to the Libyan crisis under the auspices of the United Nations.”

Hami Aksoy, the spokesperson of the Foreign Affairs of Turkey, responded to the joint declaration of these five countries with a written answer. He condemned the joint declaration as an example of the hypocrisy of Egypt, UAE, Greece, Greek Cypriot Administration (GCA), and France. Aksoy said:

“The joint declaration of the Ministers of Foreign Affairs of Egypt, Greece, GCA, France and the UAE on the Eastern Mediterranean and Libya, is a case in point of the hypocrisy of a group of countries who are seeking regional chaos and instability through the policies they pursue and seeing no harm in sacrificing the democratic aspirations of the peoples to the callous aggression of putchist dictators, and which have fallen into a delirium, as their agendas are being disrupted by Turkey.”

“It is apparent that France, whose intentions to establish a state of terror in Syria were disrupted with a heavy blow by our Operation Peace Spring, is attempting to be the patron of this axis of malice, in such a state of mind,” Aksoy said in his response.

Aksoy also called on all these countries to “act with common sense, in accordance with international law and practices”. Peace and stability in the region can only be achieved through "genuine and realistic dialogue and cooperation", according to the Turkish spokesperson, not with "an axis of malice".