Before and after Turkey's military operation in Gare (Iraq): PKK-Iranian relations are at issue

It is reported that some PKK-linked militias are in question to integrate with the Iranian-backed Iraqi Popular Mobilization Forces. On the other hand, the PKK is trying to play a role in Iraqi central politics. 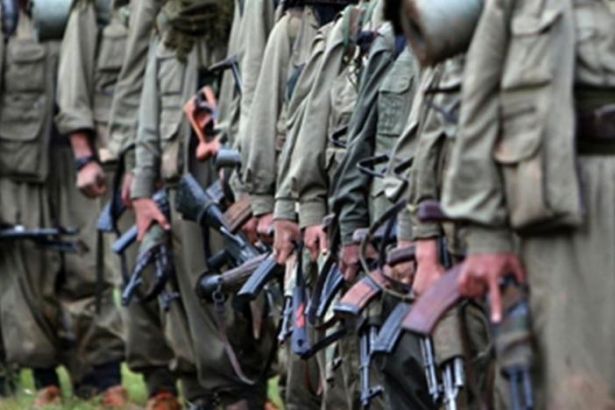 The political tension between PKK and KDP (Kurdistan Democratic Party- North Iraq) in Northern Iraq for a long time has turned into a military field struggle in the last year. In April 2020, the mobilization of the KDP-linked Peshmerga forces in Dohuk to the border with Turkey on the grounds of "smuggling control against Covid-19" was evaluated as a strategic move to seize a PKK-controlled strategic hill.. The KDP stepped back due to the tension, but  declared that it had the right to return to the region it had abandoned in 2014 due to ISIS attacks.

In October, the Iraqi federal administration and the Kurdistan regional administration agreed to cleanse the region from foreign powers for the "stability of the Yazidi population" in Sinjar. When it came to a foreign power, the pointer was necessarily pointing at the PKK. On the other hand, Basnews, in line with the KDP, reported that inconsistently with this agreement, about 1500 PKK-affiliated militias called Sinjar Defense Units joined the Iran-backed Popular Mobilization Forces. According to the report, around 1000 PKK militants were already hiding within the Public Mobilization Forces.

In November, the PKK caused the death of a peshmerga by a handmade bomb, which led to comments that the PKK-KDP conflict would finally break out. While the KDP described this as an open attack, the PKK declared that it was not a special attack and that it was the result of the measures taken against the entrance of the peshmerga into the region. As the field struggle deepened, this controlled tension kept the parties from entering into open conflict. The recent Turkish operation, on the other hand, has made the presence of the great actors on which the parties leaned back.

In the operation, the PKK accused the KDP of cooperating with the Turkish Armed Forces (TAF) and allowing the TAF to land troops in the area surrounded by the Peshmerga. The KDP accused PKK of provoking Turkey to enter Iraq although PKK lost popular support in Turkey. Also, KDP stated that PKK blamed itself for "the defeat ".

On the other hand, the United States, which reacted to the PKK's hand-made bomb attack in November, expressed its condolences to the Turkish Armed Forces on this latest operation and reminded the sovereign rights of Iraq.

KDP’s political ties with the US, Turkey, and Germany is no longer a secret. Osman Öcalan, who gave an interview to Basnews in 2019 regarding the PKK's connection with Iran and accused the PKK of breaking away from Abdullah Öcalan, stated that the organization was threatening the sovereignty of Iraq by leaning its back on Iran. It is alleged that the PKK is a wing that is uncomfortable with the political connections in question within the PYD, which is politically controlled on the Syrian front.

On the other hand, developments in addition to the current conflict point to the PKK's quest to be effective not only in the border region of Iraq but also in Iraqi central politics. According to the Roj news agency, for the elections planned to take place in Iraq on October 10, 2021, the PKK-affiliated Kurdistan Society's Freedom Movement has started to meet with Iraqi political parties. It was reported that the movement first met with Ammar Al-Hakim, the former president of the Islamic Supreme Council of Iraq, and led a Shiite coalition in 2018, and these visits will continue with other parties.