Amazon forces employees to tweet in favor of the company 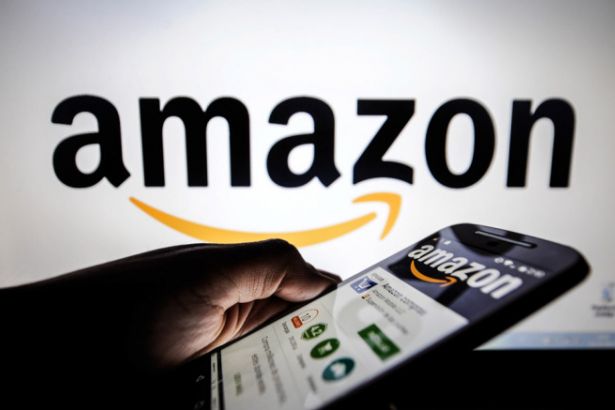 The US-based e-commerce and retail company Amazon with annual billion-dollar profits is following a strategy of social media campaign boosting the company against the social media users who criticize the company over its poor working conditions imposed on the workers.

As Amazon is known to give employees $50 gift cards to tweet "nice things" about the company to sway public opinion on the Internet, the company has been operating a  general social media account, "Amazon Fulfillment Center Ambassador", claiming that the so-called account involves real personalities.

However, Amazon FC Ambassador is operated by Amazon employees who are forced by the company to tweet in favor of the company in certain days. Some social media users responded the tweets of Amazon accounts, blaming the company for treating its workers poorly.

A twitter account using the name of Amazon FC Ambassador responded someone who criticized the company, saying "Everything is fine. I don't think there is anything wrong with the money I make or the way I am treated at work." As the other Amazon "ambassadors" joined the debate on social media in favor of their company, the critic, Diana Wilde, asked them "whether they are robots and how much they are compensated per tweet like this".

According to some reports, Amazon warehouse workers are forced to pee in bottles or skip their bathroom breaks entirely because fulfillment demands are too high. As workers went on strike in some countries for better wages and working conditions, the anti-worker company is continuing to grow and make profit in defiance of the employees who are forced to work in slavery conditions. 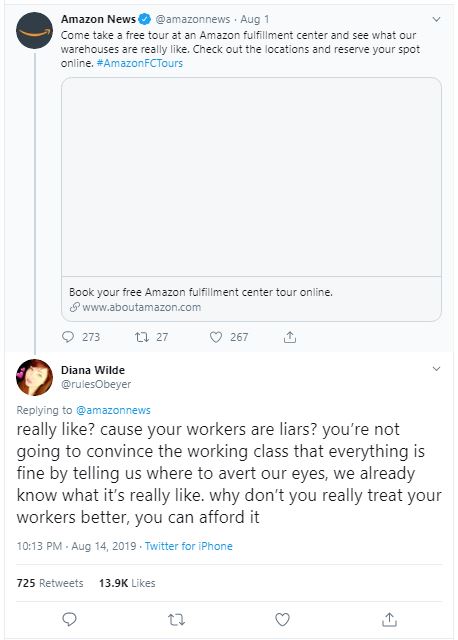 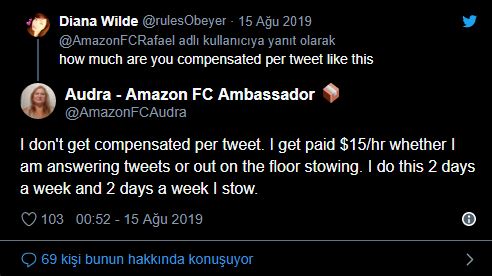