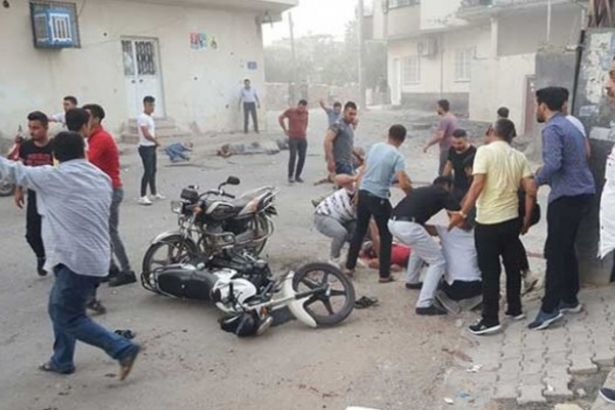 As the Turkish Armed Forces (TSK) continue with the military offensive in Syria, named as “Operation Peace Spring” by the AKP government, the war echoes on civilians in Turkey’s southeastern cities.

Locals have started migrating from Nusaybin district of Mardin, where more than 10 civilians have lost their lives since the beginning of the operation. Yeşilkent, Mor Yakup and Yeni Turan neighborhoods have been mostly deserted. Apartment rents in Mardin and other districts have increased due to migration.

It was also reported that one soldier of the TSK was killed and 3 were injured during a conflict with the YPG and 2 more were killed by a mortar shell assault by the YPG in Tell Rifaat, Syria.

It had been announced by the US that they would not participate in the operation carried out by Turkey, after which it was reported that US military forces, though not the majority, withdrew from the region.

Members of the Free Syrian Army (FSA), on the other hand, an Islamist jihadist military force which had played a crucial role in destabilizing Syria for a long time after the start of the civil war in the country, were seen to have formed a convoy in Ceylanpınar district of Turkey's Şanlıurfa on October 10.

The AKP government launched the operation into northern Syria after the Turkish parliament extended the military mandate for one more year until October 30, 2020. The extension was approved by the support of the main opposition CHP.

In his latest statement, Erdoğan said "We will not take a step back. We will not stop until we go further south than the 31 km border that Trump mentions."

Peace Committee of Turkey: “The operation against Syria is unacceptable”