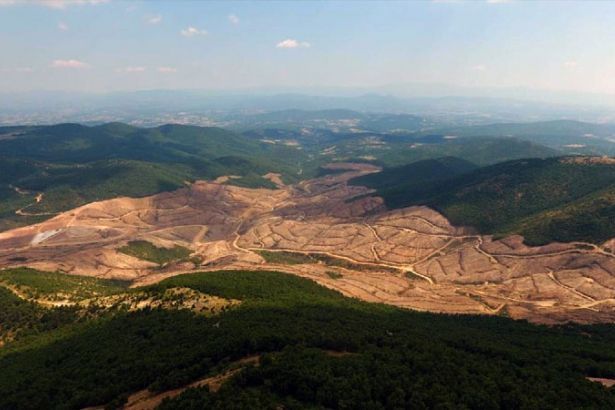 Canadian Alamos Gold, which slaughtered thousands of trees in search of gold, announced that it had halted its activities in Kirazli due to the suspension of mining license renewal. The local subcontractor, East Biga Mining, announced on social media that the project would become operational in 2021.

In the statement released today on the official website of Alamos Gold, it was stated that all activities in Kirazli are suspended due to the suspension of mining license renewal.

In the statement made by the local subcontractor of the company East Biga Mining on Twitter, it was said that the Kirazli Gold Mine Project will become operational in 2021.

195.000 trees have been cut for gold in the area. The number of trees slaughtered was four times more than the amount indicated in the report of Environmental Impact Assessment, it was reported

The construction was criticized because the companies would reportedly use 20,000 tonnes of cyanide and the environmental pollution caused by the mine would affect a wide area including the Kaz Mountains.

'Water and conscience watch' for Kaz Mountains starting in Toronto