"Neither any international convention nor any law can be higher than social norms and traditions," said AKP's lawyer in the meeting of Parliamentary Commission on Equal Opportunities for Women and Men 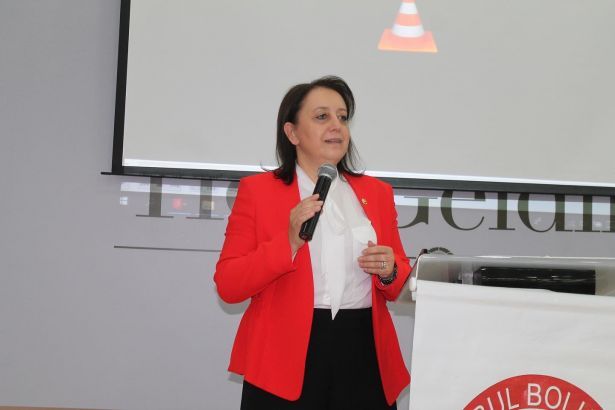 The Parliamentary Commission on Equal Opportunities for Women and Men was convened to discuss the Istanbul Convention and solutions for the problems arising from the application of the Act on Protection of Family and Prevention of Violence against Women. During the meeting, AKP’s lawyer MP Arzu Aydın’s speech received a negative reaction.

According to Hüseyin Şimşek from Birgün daily, MPs from the ruling AKP, the main opposition CHP, and the pro-Kurdish HDP as well as some prominent university professors joined the meeting. Increasing domestic violence, sexual harassment, sexual abuse, forced marriages, honor killing, and gender-based violence as acts of violence against minor girls were topics of discussion in the meeting.

Following the scientific and legal discussion, Arzu Aydın from the ruling AKP underlined during her speech that she was not only a lawyer but also a citizen of Turkey. She stated that: "We are all aware of laws, decrees, bylaws, Constitution, international conventions. However, neither any international convention nor any law can be higher than social norms and traditions. What makes a society a nation is their norms and traditions."

Scholars criticized Aydın by asking whether minor girls should not be educated because formal education is not a part of norms and traditions. The CHP’s MP, Gamze Taşçıer, also reacted against Aydın and said that "Norms and traditions, culture, religion, so-called ‘honor’ cannot be accepted as excuses to legitimize violence against women. Such a mentality, which is the trigger of gender-based inequality, is one of the biggest contributors to violence against women."