AKP steps back on omnibus law 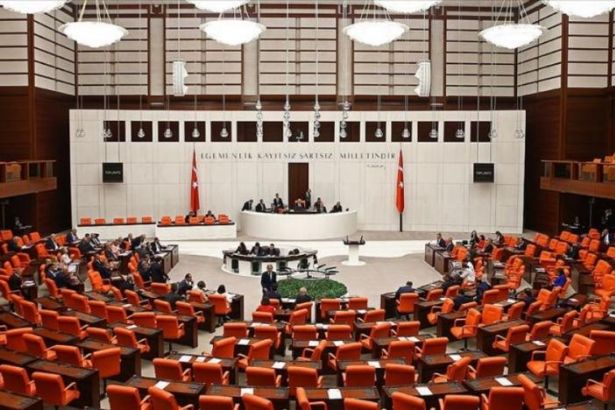 The AKP is taking a step back on the articles that will usurp the severance pay and pension rights of the workers in the omnibus law which was submitted to the Parliament as a "new employment package".

The first 20 articles of the proposal, which foresees tax amnesty/restructuring and incentives for bosses from the unemployment fund, were accepted last week, and the discussions continued yesterday at the General Assembly of the Turkish Grand National Assembly.

When the talks started yesterday, article 21, which regulates the incentive to switch from full-time to part-time work, was withdrawn with the motion of AKP and MHP deputies with the purpose of "removing the item from the text for re-evaluation".

Thus, the regulation that made the flexible work widespread and endangered the severance pay of the worker who accepted this transition, was removed from the offer.

The session was suspended yesterday after the 30th article of the proposal was discussed. Discussions on the "Law Proposal Amending Unemployment Insurance Law and Some Laws" will continue today.

Articles that would eliminate the compensation pay of workers under 25 and over 50 will also be removed.

In today's talks, articles 33 and 37 of the proposal are expected to be withdrawn with the motion of AKP and MHP. Article 33 will abolish the severance pay of workers under the age of 25 and over the age of 50 with a fixed-term employment contract, while the 37th article considers a regulation that would make it possible for the employer not to pay the retirement premiums of workers under 25 who will be employed less than 10 days a month.

The session was closed after the 30th article of the omnibus law proposal was discussed last night. Negotiations will continue today.

Before the meetings yesterday, the Turk-Is delegation visited the AKP and MHP group deputies.

Reportedly, Türk-İs had convinced the MHP. It was previously stated that Erdogan had ordered the controversial articles concerning severance pay to be reconsidered.

Turkey's Unity Trade Union had reacted firmly to this regulation that the AKP government brought to the agenda of the Assembly, which included heavy attacks on workers' rights. The Unity Trade Union asked for the immediate withdrawal of the Omnibus Law last week.

Union's statement called for unity and solidarity on the labor front.