Istanbul municipal assembly held its second session, in which the members from the ruling AKP constituting the majority denied to establish a commission to fight against drugs 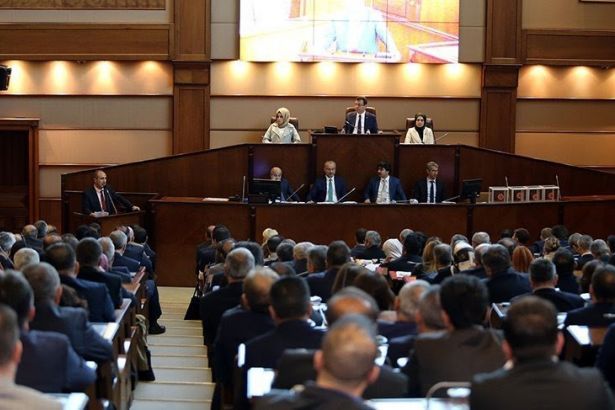 The second session of the Istanbul municipal assembly was held on Wednesday, April 24. The session was to determine the specializations commissions, in which the members from the ruling AKP did not accept the opposition's suggestions to establish commissions of "fighting against drugs" and "gender equality".

Furthermore, CHP's proposal to add the trade unions in the name of the "urban economy and professional chambers“ commission was not accepted by the assembly, in which AKP members hold the majority.

With AKP's proposal, the number of commission members who have been nine for 25 years has been reduced to eight, decreasing the opposition's representation in the commissions.

Turkey's President and the head of the ruling AKP, Recep Tayyip Erdoğan, has recently told his party members, in a closed-door meeting, to stand in the new mayor's way, according to the sources.

The ruling AKP lost the municipalities of the biggest cities of Turkey, Ankara and İstanbul, to the opposition party in the latest local elections of March 31. Seeking a rerun for the Istanbul elections, AKP appealed to İstanbul's election results for several times after March 31, leading to partial and full recounts in different districts. The legal certificate for mayorship was given to the opposition candidate Ekrem İmamoğlu after two weeks from the elections.