A tribal unit linked to the ruling AKP in Turkey’s Şanlıurfa killed 6 members of a family. Yekbun İzol, who survived the massacre, recorded the horrible murders 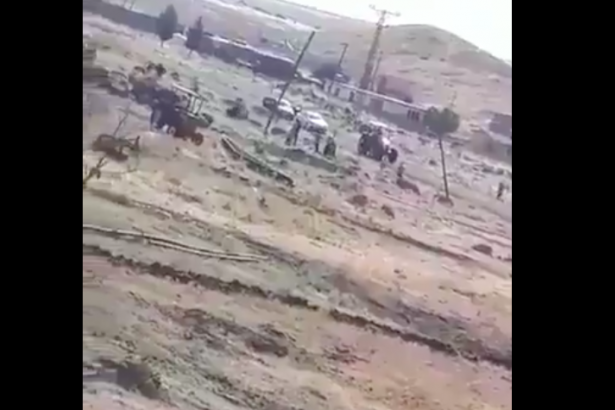 6 members of a family were killed and 5 were injured in a massacre carried out by the AKP-linked landlord in Siverek district of Turkey’s southeastern province of Şanlıurfa.

Witnessing the massacre, Yekbun İzol recorded a video revealing the truth about the massacre, while Turkish media had reported the massacre as "a land conflict between tribe leaders in southeastern Turkey." The video recordings show that Yekbun İzol’s mother, father, uncle’s wife and cousins were killed in front of her eyes.

YEKBUN İZOL: ‘FOUNDER OF THE AKP CARRIED OUT THIS MASSACRE’

Yekbun İzol, who shared the images of the incident and the moment of the massacre on her social media account, wrote that the former AKP deputy Zülfikar İzol, one of the founders of the AKP, was behind the massacre.

Stating that the incidents started in 2003 after the murder of her uncle, Mehmet Ali İzol, and that Zülfikar İzol used this incident to transfer the family’s lands into his own name, Yekbun İzol said, "Zülfikar İzol convinced my father to transfer all title deeds into his name by saying that ‘when your exculpation was approved by the court, I’ll give you all back’. However, Zülfikar İzol had planned everything, and his plan was working like a clockwork."

"We patiently endured difficulties for 17 years but didn’t bow to anyone. You can imagine how hard three women in the East survive alone. We have never given up, we will not. Zülfikar İzol and his brothers Cihan İzol, Medeni İzol, Servet İzol, Bülent İzol, and Cemal İzol tried to scare us in our village by constant threats, harassments and bullying."

"They wanted to banish us from our own land. They are still hungry for money, land, and feudal landlord system because the state and law enforcement forces were always behind them", Yekbun İzol said.

‘WE HAD TO WATCH THEIR DEATHS AND RECORD VIDEO…’

Yekbul İzol also said that early in the morning, while they were still sleeping, they came with 4 cars and 1 tractor. "They were more than 10 people, and they began to rake my family with their guns. The brothers of Zülfikar İzol, the AKP’s former deputy of Şanlıurfa, did this massacre: Cihan İzol, Medeni İzol, Cemal İzol, Bülent İzol, and Ferman İzol, who is the son of Cihan İzol," she added.

Stating that their family was massacred in front of their eyes, Yekbul İzol said that they were not able to do anything but watching their mother, father, and cousin’s deaths and recording the massacre.

FORMER DEPUTY OF AKP TRIES TO JUSTIFY THE MASSACRE

Following the massacre, the President of Nevşehir Hacı Bektaş Veli University, Mazhar Bağlı, who is also the former deputy of the AKP, tried to justify the massacre in Siverek district of Şanlıurfa, labeling those forging a link between the AKP’s former deputy Zülfikar İzol and the massacre as ‘scums’.

Bağlı claimed that there was no connection between the massacre and Zülfikar İzol because the conflicts in the region completely have different sociological roots and related to clan or family relations.

"Blood feuds are unfortunately not related to 'the other' but to their own flesh and blood", he asserted.

Turkey’s southeastern region, including Şanlıurfa, has been heavily dominated by the feudal relations. Although the founding cadres of the Republic after 1923 attempted to follow certain policies to break these relations, bourgeois governments until today, including today’s AKP, did not take necessary measures against the feudal system in the region due to mutual relations based on particular interests. Thus, the state has mostly closed its eyes to the crimes and many unlawful acts committed by tribal leaders in southeastern Turkey.