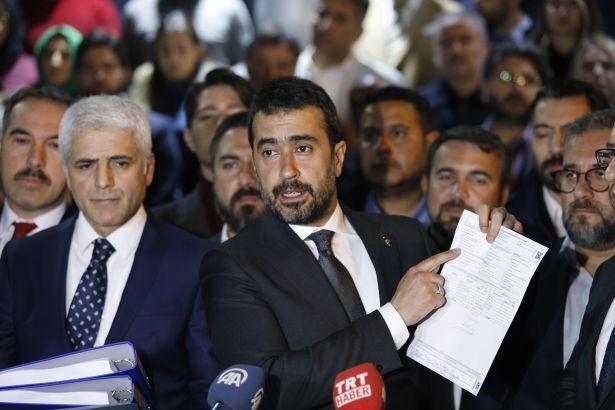 AKP Ankara Provincial Chairman Hakan Han Özcan made a press statement on the results of the 31 March local elections. Özcan claimes that 108 thousand 680 invalid votes were reported for 12 thousand 180 ballot boxes, but the reason for the invalid votes are not clear and the results are incorrectly documented in the official reports of counting.

Özcan stated that they are obliged to protect not only the votes of the AKP but all the votes cast by the residents of Ankara.

"We will follow the votes until the true results are reflected in the documents, so 12 thousand 180 of the polls will be subject to legal objections," he said.

AKP general secretary Fatih Şahin also said they had identified invalid votes and irregularities in most of the polling stations in Ankara. Şahin argued the AKP would make "significant progress" as a result of these appeals.

The mayoral candidate of the AKP told the reporters in a press statement that "There are obvious mistakes in thousands of ballots in Ankara. In the coming days, I hope we get good results".

The results of the polls after the elections came in favor of the main opposition CHP's candidate. While the opposition candidate Mansur Yavaş received 50.9 percent of the votes, the AKP candidate received 47.06.