Akar warns the US: We have a plan B

Turkish Minister of Defence Hulusi Akar stated that Turkey and the USA agreed on a joint operation centre that will be established soon. Akar also declared that there is a "plan B". 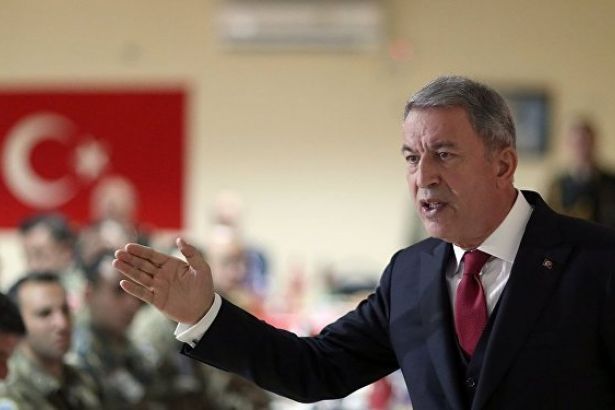 On TRT News, the Turkish Minister of Defence Hulusi Akar stated that Turkey and the USA agreed on a joint operation centre and it would be established soon.

According to Akar, Turkey underlined that it would allow any terror corridor. He urged the USA to act in line with such an agreement or otherwise he highlighted that Turkey had the plan B.

Akar further underlined that Turkey was determined to protect its interests in eastern Mediterranean.

He warned Russia by stating that Turkey would retaliate in case of any Russian aggression. In fact, he blamed Russia for being aggressive. He stated around 400 civilians were killed and more than 1000 Syrians were injured. According to him, the moderate opposition was trying to maintain their captured lands and the Turkish institutions were undertaking their missions whereas Russia attacked Turkey’s 12 observation points.