Istanbul, Turkey’s most populated city that has turned into a huge construction site under the AKP government, is suffering from a dramatic increase in air pollution due to the high usage of coal burning stove after raising prices for natural gas and the problem of heavy traffic 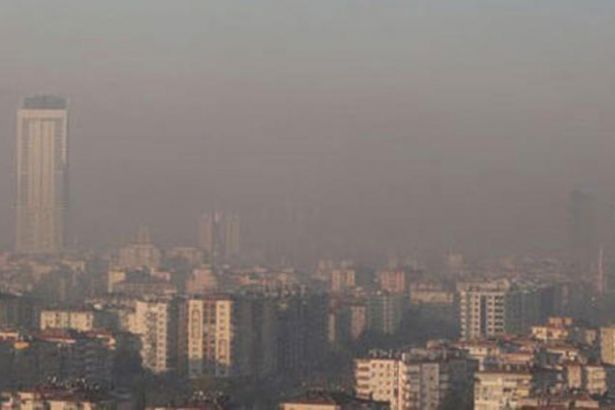 Air pollution in Istanbul is rising at an alarming rate due to a number of reasons including huge increase in construction sites, unplanned and irregular urbanization, traffic problem, and the high usage of coal burning stove after the Turkish government’s recent markup for natural gas prices.

Especially big cities in Turkey began to face the risk of air pollution due to the increasing coal aids of the municipalities on the eve of the forthcoming local elections to be held on March 31. While poor quality coal has been polluting the atmosphere that has been cleaned through huge investments in natural gas networks for years, the level of pollution has increased to the levels that threaten human health.

According to a report prepared by the Chamber of Environmental Engineers from the Union of Chambers of Turkish Engineers and Architects (TMMOB) in 2018, only 6 of 81 provinces in Turkey have clean air.

Moreover, experts cannot carry out measurements in approximately half of the air quality monitoring stations at two-thirds of the year, according to the report issued by the Clean Air Platform. In some provinces, these stations cannot even give sufficient data to interpret the air quality. Only two air pollutants, PM10 and CO2, are measured in all provinces of the country. Our national threshold limit values are far above the standards set by the World Health Organization (WHO), and Turkey still has no national threshold limit value for PM2.5 (fine particles) considered to be one of the most dangerous pollutants. PM2.5 pollutants are measured in very few of the stations in Turkey.

Therefore, the annual average values announced to the public on a provincial basis are far from giving the actual level of air pollution, it is stated.

According to the report prepared by the Istanbul Chamber of Environmental Engineers in June 2018, experts found out that pollution limits in Turkey are exceeded in all of the 46 measurement stations, especially in winter, when compared with the threshold limit values of WHO.

The report also says that the problem of air pollution for Istanbul is definitely at the alarming levels, and the number of days the stations do not measure the pollution is so high that it is not even known to what extent the people of Istanbul are affected by the air pollution.

Air pollution is a serious public health problem for both Turkey and the world.

With increased emission within the last 10 years, air pollution has become the most important public health concern in Turkey.

According to the reports published by WHO, 91 percent of urban residents are exposed to the polluted air above the limits of air quality.

In 2013, the International Agency for Research on Cancer (IARC) classified the air pollution in Group 1 among the factors that cause cancer in humans. This means that air pollution is carcinogenic for humans and considered as dangerous as vinyl chloride, asbestos, formaldehyde or ionizing radiations.

WHO puts air pollution and global climate change in the first place among the ten most important threats to global health in 2019.