Journalists Nazlı Ilıcak and Ahmet Altan, who were sentenced to imprisonment on the charge of aiding Fethullah Gülen's network, were released by a court decision 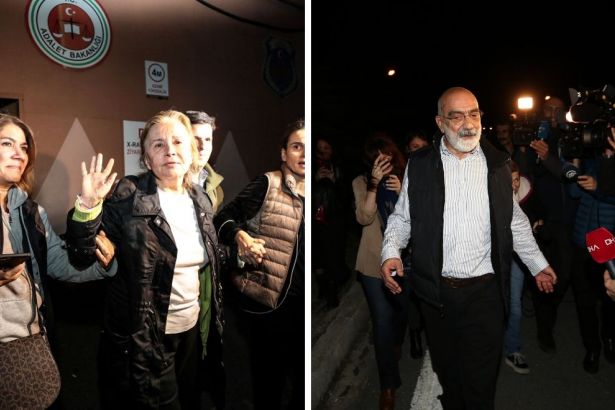 Istanbul court decided to release the journalists Ahmet Altan and Nazlı Ilıcak, who were sentenced to life on charges of aiding the U.S.-based Islamic preacher Fethullah Gülen’s network, which is blamed for a failed coup in July 2016.

After the reversal of the aggravated life imprisonment decision given by the Supreme Court, the retrial was held on Monday in Istanbul 26th High Criminal Court.

The court sentenced Ahmet Altan to 10 years and 6 months and Nazlı Ilıcak to 8 years 9 months imprisonment on the grounds of "intentional help although not being a member" to the organization and ordered their release on the basis of the nature of the offense and the time they spent in detention.

Liberal writer Ahmet Altan, the former editor-in-chief of Taraf newspaper, his brother, journalist and academic Mehmet Altan, and Nazlı Ilıcak, another Gülenist journalist and former MP, were charged with giving coded messages in a television talk show a day before the failed July 15 military coup and handed life imprisonment.

Taraf played a devastating role in institutionalizing the alliance of Erdoğan's AKP and the Gülenist network. The newspaper had been launched at a critical time, in November 2007, just a year before the Ergenekon trials took place, which included many military officers, journalists and opposition figures for allegedly plotting a coup against the AKP government through a suspected secularist clandestine "Ergenekon" organization.