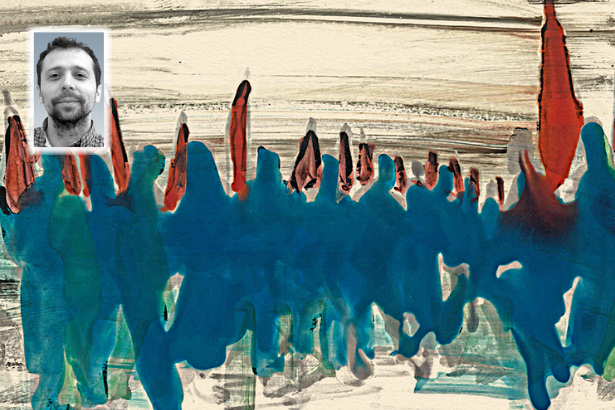 Will the US be able to shape the Middle East as it wishes through assassinations, provocations, and wars? The question may, of course, not be limited to the Middle East, which has recently reheated and has almost never cooled down, and can be extended to the whole world. What is interesting is that the answer to this question does not change much in a wider context.

Yes, we are talking about capitalism that reigns all over the world, or imperialism as a stage of it in this age.

US imperialism is in trouble all over the world. It is in trouble despite the enormous military power it holds, the economic resources it continues to feed through the functioning of the system, and the global cultural and political structure it has established over the years. It is also impossible to ignore this reality.

So what's going on? What is the United States dealing with today?

Two interrelated phenomena determine the age we are in.

The existence of these impacts does not mean that Putin's Russia is the heir to the Soviet Union. Or the legacy of the 20th century does not foster the expectation that China will lead to new socialism with victorious steps. Although these two misconceptions are based on the legacy of the 20th century, the real issue is not the existence of socialism, but the absence of socialism, or in other words, the fact that socialism once reigned in almost a third of the world and it left a wide geography to be integrated into the world system. Although all of these countries have, in some way or another, become part of the capitalist functioning around the world, their place within the system is extremely unstable and this instability threatens the functioning of the order.

Moreover, as we have seen in the examples of Iran, Syria, and Iraq, the issue does not only concern the countries where socialism was once in power. These countries existing because of the balances in such a world cause malfunctions in the system of the world and interventions in these countries trigger other crises.

Moreover, the countries that could be called the Western Bloc are creating problems and difficulties while searching for new places in the world left behind by socialism.

However, the integration problems associated with a world from the 20th century or Russia and China over-pushing the system do not explain today's dynamics and crisis. There is another issue about this and it is again related to socialism.

The second phenomenon describing the period we are going through is overdue of the socialist revolution or the abnormal extension of the life of capitalism, in other words.

We live in the age of delayed revolutions, and this delay is marked by the crisis dynamics of the system in which we live.

First; no matter how proficient capitalism is in solving its own problems and restructuring itself, problems start to grow again with each restructuring. These accumulated crisis dynamics are destabilizing the existing order.

Second, the great wealth accumulated by capitalism over time is becoming a dynamic that makes it difficult for the proportional growth of capital. The fortunes, which were raised with great ambition, turned into free mines within the system. The fact that these fortunes have become a crisis element in an over-financialized global market is a great example of the contradictory nature of capitalism.

Third, the exploitation of labor as the only force that creates value in many parts of the world is coming to its limits. Exploitation is becoming more difficult and capital accumulation naturally becomes difficult.

Fourth, and related to all of these, the development of the productive forces makes the functioning of the imperialist system quite unstable.

We know that this order is an obstacle to the total progress of humanity. But capitalism is also a social system in which the productive forces tend to develop continuously.

The advancement of productive forces, the increase in human knowledge and skills, the advancement of technology and science do not only change the daily lives of people. The same progress has implications for countries. The differences between the developed countries and not so developed ones may not be covered in some respects, but the capabilities of the latter are increasing objectively over time due to this developmental trend.

It's not just that a country like China, which was far behind, has almost completely closed the gap in some headings and has a claim to the top of the system. Due to this development curve in countries like Turkey, military, political and economic capabilities are increasing. Today Turkey's dominant capitalist class that has non-ignorable accumulation has, in certain aspects, a sophisticated military-industrial complex and political-bureaucratic tradition formed in years.

Although dependent on foreign countries, such countries can stand behind regional claims due to their increasing capacity. The increase of such examples, together with other facts that determine the age, creates serious failures in the functioning of the system and destabilizes the order in general.

In a way, this is a messy picture due to the many crisis dynamics, but on the other hand, it is quite simple. Because we are talking about a crisis that is impossible to stabilize.

We live in the age of delayed revolutions.

Yes, revolutions have been delayed, but we expect socialism again to solve the deep problems that humanity is experiencing in a world where the delayed will certainly be realized.