Adventures of an IS member in Turkey: Urfa, Istanbul, Gaziantep, surgery, treatment...

Palestinian IS member Muhammed Balusha, who was detained by SDF, said that he stayed in an IS home in Istanbul in 2016-2017 and that he was treated in a private hospital like the other IS members 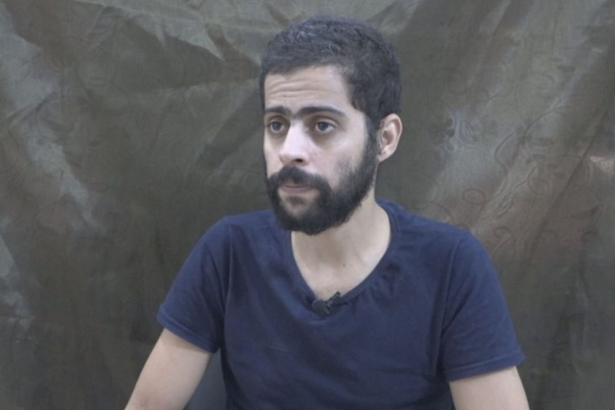 Being held as a prisoner by the Syrian Democratic Forces (SDF), an IS member and Talha al Gazzev code-named Islam Ahmed Mohammed Balusha has reportedly told Turkey had openly supported IS until 2015 and its support had continued in subsequent years.

From 2003 to 2004, as a student, he stayed in the Hamas mosques and distributed leaflets. He, then, met Palestinian Salafi Mahmoud Talib and started to act with his group.

Balusha met Yusuf Muktad in 2010 through Mahmoud Talip. After a while, he joined the organization Ensar Sheria. He was convinced to the idea of "Islamic State" in 2011.

THEY SAID "COME AND JOIN THE ISLAMIC STATE"

Balusha decided to join IS forces and received a visa to go to Turkey. In the same year, during the Gaza war, he passed to Egypt through the Rafah gate. He landed in Istanbul's Atatürk Airport in December with his friend Shadi Davudi. From there, he arrived at Urfa Airport, where they were met by Abu Anas and Abu Ibrahim Turki from IS.

As reported by ANFTurkish, Balusha tells the dialogue he had with the police when they landed in Urfa: "When we got off the plane in Urfa, two policemen came to us. They were in plain clothes, but they had guns. They called us. They took our passports and wrote our names on a piece of paper. They searched us and our bags. Then they said, "Come and join IS."

"We were very surprised when they said so. Because we thought they'd arrest us when they took us. They only kept us there for five minutes,” Balusha added.

At that time, stated Balusha, the groups joining IS would meet in the center of Turkey's Urfa so they could pass to Syria together. The group spent the night in a village near the border and left in the morning with cars. After cutting the border wires, they easily passed the border.

After being wounded, Hayat-el Hicra under IS send him to Turkey for treatment. He moved to Antep in July 2016 via Jarablus and met with Abu Ibrahim Turki in Antep. There were 15 more IS people who came to the IS home in Antep for treatment.

While IS grouped the patients according to their diseases, for some it was decided to have treatment in Antep and some to be sent to Istanbul. Balusha was among those who had to go to Istanbul and he was operated in a private hospital in Istanbul.

Balusha has apparently spent time almost 2 years in the hands of SDF after being surrendering himself. When he was questioned and when he gave the information was not reported by the recent news, but what he told about Turkey's support to jihadists seem to be consistent with what is known. It is worth noting that the narrative of a militant who has traveled so much does not include the US.