Actress is back from death’s door

Asena Tuğal, a Turkish actress was almost freezing to death, because of the 4 hour shot in a pool. Deadly working conditions in Turkish film / series industry took life before 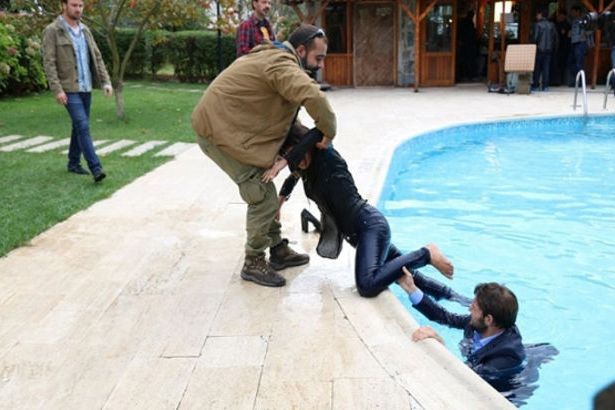 Asena Tuğal, a Turkish actress known with her role in tv-serial “Kertenele”, broke through hypothermia during the shots in the pool which took 4 hours. First aid made by his co workers when she fainted in the pool. She is only came back to normal after a mild-warm shower.

Turkish film industry has one of the worst working environment in Turkey. Beside long working hours, precarious jobs, cut-and-dry delayed salaries it is also lacks occupational health and safety. While Turkish series are spread all over the world including Middle East, Latin America and Central Asia, demands met with extensive exploitation of workers. Death cases in sets created huge reaction and unionising efforts are ongoing. 20-21 hours of work is blamed for lots of deadly accident.

Actors and actresses are both suffering from this conditions and also supporting set workers struggle. But protests and meetings haven’t changed anything, however Turkish film industry is continue its growth.