80 Bar Associations and Union of Turkish Bars warn the government

Union of Turkish Bars and its 80 affiliates corresponding to all bar associations countrywide demanded the withdrawal of draft amendment on which the government is currently working regarding the Attorneys’ Law. 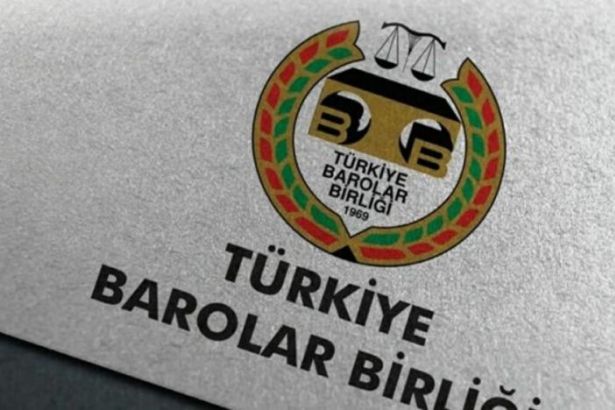 The controversial draft providing drastic changes in the structure of bar associations, which emerged as a reaction of President Erdoğan triggered by the argument between Ankara Bar Association and the president of religious affairs, regarding gay rights is widely rebuffed. The national union and 80 provincial bar associations throughout the country, some of which are administered by pro-government officials demanded the suspension and withdrawal of the draft. The members of the mentioned organizations constitute the overwhelming majority of the attorneys nationwide, if not all.

The statement made by the bars reads below:

“Our country has been struggling with coronavirus pandemic, economic, social, and political problems for a while now. Particularly, our colleagues performing attorneyship have been facing intolerable problems. The priority of our country and our profession should be sorting out those problems in the first place. Thus we find inappropriate attempts to change the structure and the election system of the bars in the Attorneys’ Law in force. We demand the suspension and withdrawal of the current draft and refocusing on the solutions regarding factual issues of our country.

In the future, the main respondent for a possible amendment in Attorneys’ Law, which may meet the needs and expectations of our attorneys and bars should be the bars themselves and the Union of Turkish Bars.

A commission formed up of 80 bars, experts and academicians should be constituted within the presence of Union of Turkish Bar Associations, as the draft prepared by this organ is shared with the public and other respondents. This would be the just and legal course of action.

So we announce to the public with regards.”

In recent weeks the president of religious affairs, one of the most controversial governmental organs in terms of constitutional institutions, made a religious statement denouncing gays, which was harshly criticized by several democratic organizations including Ankara Bar Association. The argument has unexpectedly drawn the attention of government officials and several AKP offshoots leading up to the legislative attempts of Erdoğan against the bars which had been on the agenda of AKP for a long time.