As 10 students studying at Boğaziçi University were arrested upon the Turkish President Recep Tayyip Erdoğan’s order, the total number of students in Turkish prisons has left the number of universities behind 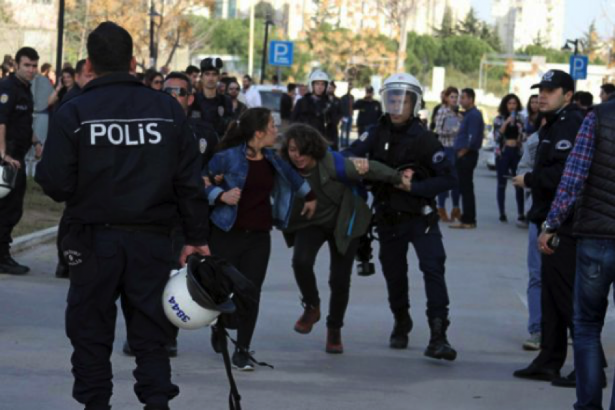 There are 70,000 students in prisons in Turkey. This figure increases to over 100,000 when hundreds of students, who are jailed pending trial, those released after long imprisonment and those still standing trial were taken into consideration.

According to a report in Cumhuriyet daily, 10 students from İstanbul’s Boğaziçi University were added to the students in prisons. The detained students will not be severed ties with the university for now. Yet, the fate of these students’ educational lives is uncertain.

The detained students are firstly rusticated from the university; then they are expelled by receiving disciplinary punishment if they are found guilty by the court.

If the students pass the university entrance exam in prison, they have right to freeze registration for two years.

Stating that because they are tried by the High Criminal Courts, students receive severe punishments, a professor serving as a tutor for students in prison and following their proceedings said that "Even if they received punishment from the lower bounds – which is very rarely seen – the duration of the punishment starts from five years. I have witnessed students, who have been sentenced for 9,5 years, 12 or 16 years imprisonment; and there are punishments that are approved by the Court of Cassation in these cases. Considering their age, students may have to be in jail for very long periods. For instance, İlhan Çomak had put behind bars at the age of 22 when he was a second-grade university student. Yet he has been in jail for 25 years."

Police had raided on anti-war students on March 26 and detained a total of 17 students from Boğaziçi University after Turkish President Recep Tayyip Erdoğan’s order. The students had protested other students holding a ceremony in support of the Turkish government's Afrin operation on March 19 at Boğaziçi University. President Recep Tayyip Erdoğan had denounced the protestors as "communist and terrorists", and threatened that the Turkish authorities would not let them the right to university education.