5 workers lost their lives, 14 wounded on their way to May 1 in Turkey

A bus carrying workers to Şanlıurfa to attend the May Day celebrations from Elbistan district of Kahramanmaraş crashed, killing five workers 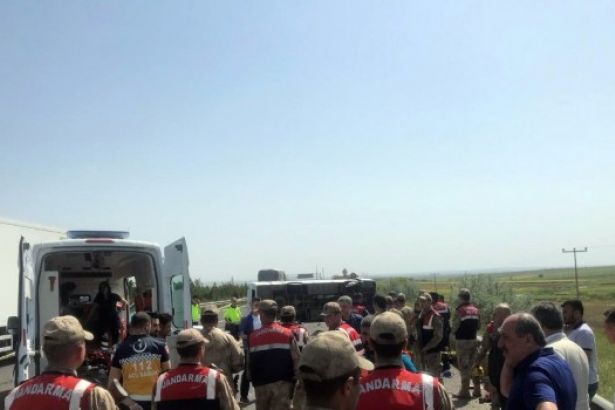 The bus carrying workers who were going to Şanlıurfa to attend the May Day celebrations from Elbistan district of Kahramanmaraş in southeastern Turkey crashed into a car on the highway.

5 workers lost their lives and 14 others were injured, according to the reports.

After the accident on the Birecik-Şanlıurfa highway at around 9:00 am, numerous health, gendarmerie and rescue teams were dispatched to the region.

The bus was carrying the workers of the Elbistan State Hospital's information technology department, which was going to mark the May Day organized by the Confederation of Turkish Real Trade Unions (Hak-İş) in Şanlıurfa.