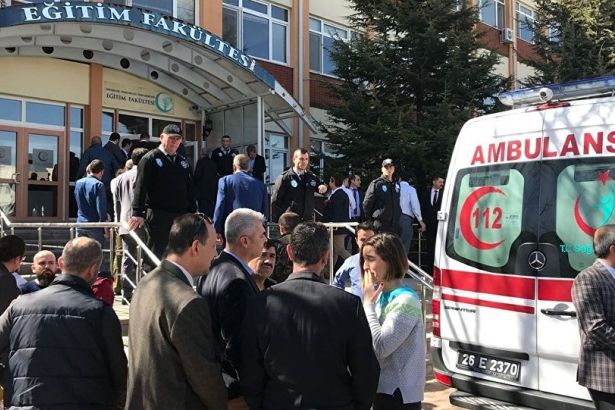 A gunman shot dead four Turkish academics at their university in the western Turkish city of Eskişehir, on Thursday.

Prof. Hasan Gönen of Osmangazi University told reporters that the gunman had worked as a researcher at the institution and had fatally shot the assistant dean, faculty secretary, a lecturer and an education faculty staff member.

Gönen said the motive of the attack appeared to be a personal dispute. The attacker's main target appeared to be the university dean, who was not in his office when the gunman arrived, he added.

He said the gunman, who was studying for a doctor's degree, had been under investigation at the university after he accused a number of staff members of being followers of U.S.-based Islamic preacher Fethullah Gülen a mastermind of the failed coup attempt in 2016.

The attacker, identified as Volkan Bayar, was apprehended by police as he left the scene, Gönen said.

Ayşe Aypay, a professor at the university, told reporters that some members of staff had "repeatedly filed complaints" about the gunman. "Who will pay the price for protecting him now?" Aypay said. She said she would file a criminal complaint to higher educational authorities over their alleged failure to deal with complaints about the suspect.