According to the statement made by Yunus Yener, chairman of the Union of Chambers of Turkish Engineers and Architects’ (TMMOB) Chamber of Mechanical Engineers, at least 385 fires erupted in Turkey's factories in 2018 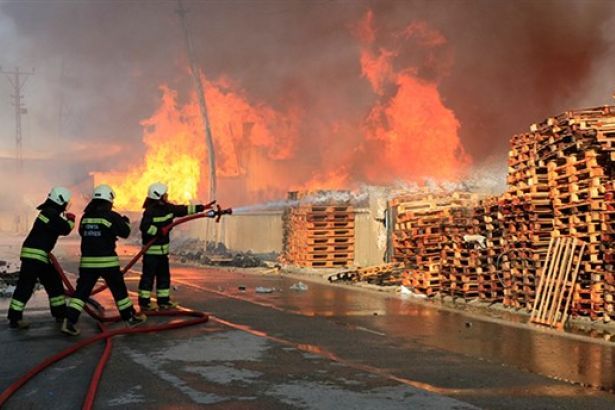 Yunus Yener, the president of Union of Chambers of Turkish Engineers and Architects’ (TMMOB), made a statement about factory fires in Turkey that had serious consequences. At least 385 fires erupted in the factories across Turkey, according to a year-long data release.

According to the data shared by Yener, at least 25 people were killed and 72 people were injured in factory fires in 2018.

Regarding the regional distribution of fires, the highest factory fires occur in the Marmara region. In 2018, 55 percent of the fires occurred in this region.

The city with the highest number of factory fires was İstanbul with 157 fires. İstanbul was followed by Kocaeli with 23 fires, İzmir with 19 fires, Sakarya with 18 fires and Bursa with 16 fires respectively.

Stating that the crucial measures that have to be taken are ignored, Yener said “Fire safety problem, which is a serious problem especially in industrial zones in our country, manifests itself with the news about fires in the media. Studies conducted during and after fires do not go beyond finding the source of fires reflected in the initial determinations and the cases are often considered to be solved. The loss of lives, the effects of fires on the environment/nature, the material losses and the actual measures are ignored.”

Yener also pointed out the inadequacy of the measures taken and stated “Disasters become inevitable as a result of passive and active fire measures that are not taken in accordance with the inappropriate zoning plans, techniques, regulations, and standards of industrial facilities. For example, the closure of ring lines designed for fire trucks, which are vital for fire, as a storage area in many companies poses the risk of a serious fire splash and failure of the fire brigade.”