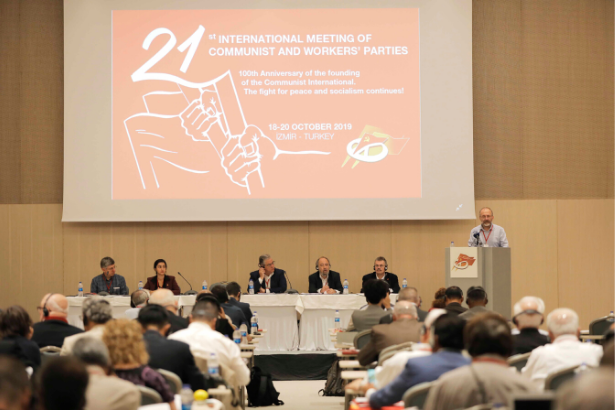 Honoring the centenary, the theme of the meeting will be “100th Anniversary of the founding of the Communist International: The fight for peace and socialism continues!”

THE WORKING GROUP MET ON THURSDAY

The Working Group of the IMCWP met on Thursday. During the meeting, the working group members made evaluations about the final declaration.

The meeting of the working group was started with the opening speech of the General Secretary of the Communist Party of Turkey (TKP). After welcoming the guest parties, Okuyan mentioned that capitalism is no longer in a situation that can be considered ordinary and the world sees rapid changes. Referring to the developments in Syria, Okuyan said that TKP was ready for these developments and responded as it should.

After Okuyan's speech, other agenda items were discussed.

Opinions were exchanged on the next composition of the working group. With the new applications, it was decided to submit the proposal including 27 parties to the 21st IMCWP. 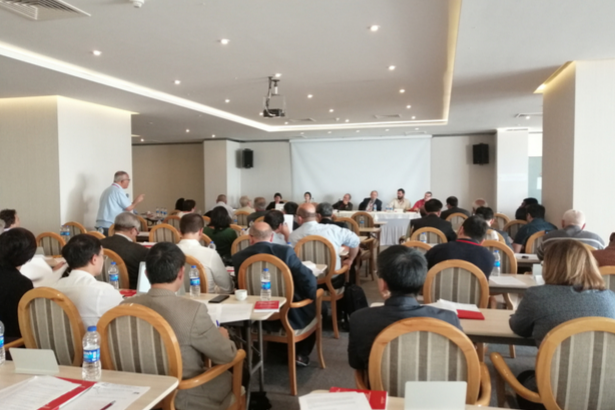 In his opening speech today, Kemal Okuyan, GS of TKP, recalled the anniversary of the founding of the Communist International and said, "in a short time and together, we will regain our claims and enthusiasm we had 100 years ago."

Following Okuyan's speech, the GS of KKE Dimitris Koutsoumpas greeted the delegates and gave his speech. Koutsoumpas concluded his speech by claiming that "the 100 years since the foundation of the CI should be a new starting point for the revolutionary reconstruction of the international labor and communist movement, against the counter-revolutionary action of today's dominant capitalist forces and backwardness."

Dimitris Koutsoumpas was welcomed by Kemal Okuyan, as he arrived İzmir for the IMCWP. 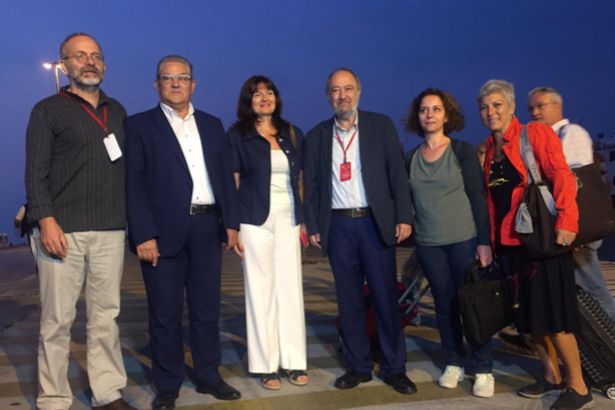