20th General Assembly of the World Federation of Democratic Youth (WFDY) was held in Nicosia. Communist Youth of Turkey (TKG) as the member of WFDY General Council was also represented at the meeting 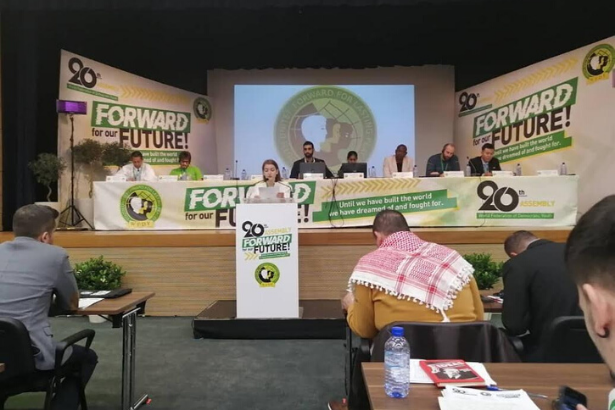 20th General Assembly of the World Federation of Democratic Youth (WFDY) met in the capital city of the Republic of Cyprus with the slogan of "Forward the future! Until we have built the world we have dreamed of and fought for!"

Including Communist Youth of Turkey (TKG), 95 youth organizations have gathered in Larnaca. At the opening ceremony of the General Assembly, representatives of the World Peace Council, World Federation of Trade Unions and Women’s International Democratic Federation welcomed the meeting.

In the greeting speech made by the delegation of TKG at the meeting, the importance of holding the Assembly in Cyprus emphasized while the anti-people attacks and the level of nationalism are intensifying in the region.

“It has become obvious that capitalism is no longer able to offer any hope for the youth. This situation is deepening the crisis of the imperialist-capitalist system and leading to increasing attacks against the working class.”

The new central boards and presidency of WFDY were also determined at the meeting where WFDY's activities in the past years were evaluated and the activity plans for the next period were prepared. In the upcoming period, it was decided that the Communist Youth Union of Spain (UJCE), the youth organization of the Communist Party of Spain (PCE), will undertake the responsibility of the presidency in the Federation. Also, TKG, who is a member of the General Council, will continue this duty in the upcoming period.

The published political declaration emphasized the necessity of raising the struggle for the solidarity, justice, democracy, and rights of youth against imperialism, the highest stage of capitalism, and all its expression, foreign occupations, invasions, fascism, nationalism, racism, xenophobia, and exploitation.

Enriched with cultural events and trips about the history of the island, the program gave an opportunity to young people from all over the world to share their experiences in their struggles. 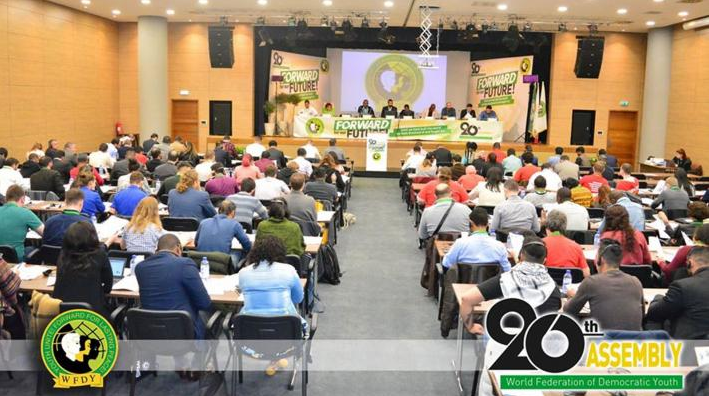