1.6 million households in Turkey fail to afford electricity and gas due to economic difficulties

Turkish government cut off 1 million 655 thousand 226 homes’ electricity and gas due to unpaid debt in the first six months of 2020. 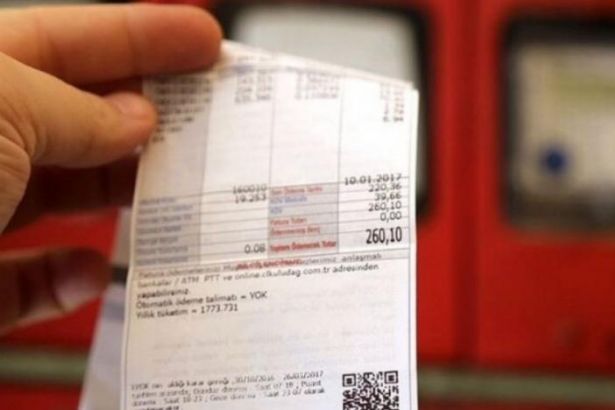 1 million 655 thousand 226 people in Turkey lost their electricity and gas services because they failed to pay their bills in the first six months of this year. Every month, electricity distributed to 185 thousand houses and natural gas to 80 thousand houses in the country are cut off by the government due to unpaid debt, according to reports.

While the electricity has increased by 70 percent and the natural gas by 80 percent in the last three years in Turkey, workers’ wages did not increase in parallel with these price hikes.

As of the end of June 2020, 1 million 199 thousand 865 people have no access to electricity services in Turkey due to unpaid debts.

In addition, 455,362 people cannot get natural gas service because they fail to afford gas bills due to economic difficulties.

To sum up, in the first 6 months of 2020, electricity and natural gas distributed to 1 million 655 thousand 226 households in total were cut by the Justice and Development Party (AKP) government.

Another significant claim was about electricity distribution companies, which received nonstop complaints after privatization in the country.

Tanal, who conveyed his claim to the Minister of Energy at the Grand National Assembly of Turkey (TBMM) Plan and Budget Committee, asked, ‘‘Can you go to Viranşehir from Suruç (152km, ~1 hour 44min) district of Turkey’s southeastern province of Şanlıurfa in only a minute?’’ and told, ‘‘According to the documents I have, these electricity distribution companies issued utility bills in these two districts within only one minute.’’

Adding that the amounts of the utility bills are also close to each other in these districts,  Tanal said, ‘‘This situation means that the bills were arbitrarily issued to our people, and it shows that the government do not supervise such companies efficiently.’’

In response to a parliamentary question asked in May 2020, the Minister of Energy and Natural Resources, Fatih Dönmez, had informed that nearly 900,426 households in Turkey lost their electricity service because they failed to pay their bills by the end of February 2020, potentially leaving them without heating.

Furthermore, some 118,477 households were taken to court for failing to pay their bills, the minister had said.

As people continue suffering from a severe economic crisis and high rate of unemployment amid the COVID-19 pandemic in Turkey, reports indicate that at least 920 thousand people had to use consumer loans for the first time in April 2020, which is eight times higher than 11-month average, according to the data shared by the Banks Association of Turkey (TBB).

Since people in the country have been driven into a debt spiral for the sake of boosting the market amid the coronavirus outbreak, debt and increasing prices of even basic necessities are now at alarming levels.

According to official data, 31 million people have credit debts to the banks in Turkey, while the remaining population is either the family members living in the household of indebted people or children ─ which means that there is almost no one without a debt.