As the guaranteed electricity purchase was indexed to foreign currency, well above the market price, Turkey will pay 26 billion 932 million USD for the guarantee of purchase over 15 years for the Akkuyu nuclear plant 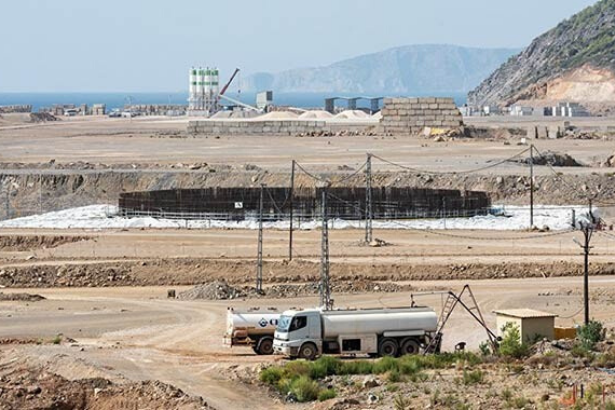 Turkey’s AKP government continues to implement projects that guarantee passengers to airports and patients to city hospitals as well as electricity purchases to the electricity generation companies over the PPP projects. The financial guarantees are indexed to foreign currency, above the market price.

According to Ozan Gundogdu from Birgün daily, the purchase guarantee for the electricity to be produced in Akkuyu nuclear power plant in Mersin, whose main shareholder is a Russian company, was given above the market price just as in domestic power plants. Because of the guarantees, the Treasury will suffer 27 billion dollars losses over 15 years because of the plan, which is planned to be opened in 2023. Akkuyu nuclear plant will sell the electricity it produces to the state while putting a profit of 325 percent above the market price.

Backstage of Akkuyu nuclear plant: What did Putin mean?

In Turkey, there is a surplus of supply in electricity generation, as installed power is high, but demand is not enough.

With the debt burden of private companies, the energy sector, which was privatized 10 years ago, has been sustained by the citizens of Turkey. As a result of the given incentives, 21 billion TL was publicly funded and transferred to these companies in 2018 alone.

Moreover, when the purchase guarantees were above the market price and indexed to foreign currency, additional payments had to be made to the companies. Since the beginning of the implementation of purchase guarantees, the total payment made to private companies has been 3 billion 700 million TL.

Ankara included nuclear power plants and licensed warehousing investments as "priority investments" in May 2017, that benefit from state aid.

These investments will be allowed to benefit from certain incentives, such as exemption from customs duty, VAT exemption, allowance for insurance premiums, land allocation allowance and interest rate allowance. Depending on the region to be invested in, 80-90 percent of tax reductions will be provided and these benefits will continue between 7-12 years. With this new regulation, the maximum amount of support will increase.

In 2010, Russia and Turkey signed an intergovernmental agreement to cooperate in building and running the first Turkish nuclear power plant on the Akkuyu site in Mersin.