The 13th Congress of the Communist Party of Turkey (TKP) convened in the western city of İzmir under the slogan, “Revolutionary Party, Party for Revolution, on her 100th Anniversary”. 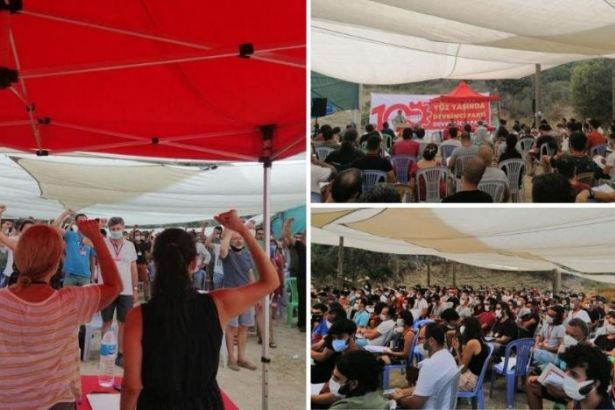 The 13th Ordinary Congress of TKP was held on August 9 in Turkey’s western city of İzmir as the Party celebrates her 100th anniversary this year. TKP had been established in Baku in 1920, a year after the foundation of the Communist International and just following the Baku Congress of the Peoples of the East.

The Party Congress adopted the congress report and took some decisions regarding the Party’s 100th anniversary and the upcoming period of struggle as the national conference was held with a limited number of delegates due to the coronavirus pandemic.

The Congress adopted a decision to establish the Unity Trade Union in order to enable the workers’ united struggle considering that the workers have faced severe attacks of capitalism during the pandemic.

The Congress also decided to establish the Solidarity Assembly. The foundation of the Assembly will be released to the public in the upcoming days.

The 13th Congress designated the new central organs of the Party. The details of the congress resolutions will be announced in the upcoming days.

The 13th Congress of TKP was greeted by communist and workers’ parties from all over the world. The following parties conveyed their solidarity messages:

Party of Labour of Austria

The Workers' Party of Ireland

New Communist Party of the Netherlands

Communist Party of the Peoples of Spain

Communist Party of the Workers of Spain

Party for Socialism and Liberation (USA)