It is reported that there are estimated 10-20 thousand of Chinese Uyghur jihadists sent by the Turkish government in Syria, especially concentrated in Zanbaq and Jisr al Shughour towns of Idlib, northwestern province of Syria 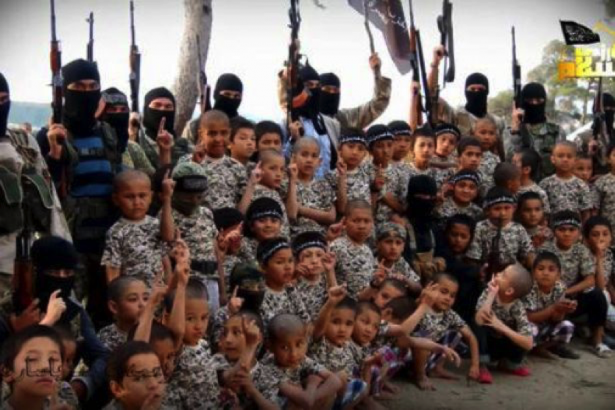 According to Times of Israel’s report headlined, 'Chinese Uyghur colonies in Syria a challenge for Beijing', the number of Uyghur jihadists fighting in Syria is estimated 10,000-20,000.

In the report, it is also stated that Uyghur jihadists concentrated in Zanbaq and Jisr al Shughour have a significant impact on changing the demographics of Idlib.

"CHINA FIRST NOTICED UYGHURS’ FLOWS TO SYRIA FOR JIHAD IN 2012"

According to the report, travelling of Chinese Uyghurs to Syria for jihad was first noticed in 2012. General Jin Yinan of the People’s Liberation Army’s National Defense University (PLA) announced that jihadists from the East Turkestan Islamic Movement (ETIM)/Turkistan Islamic Party (TIP) were joining the ‘‘anti-government’’ terrorists fighting for jihad.

Yet, the Western media insisting on the narrative of a ‘secular democratic rebellion’ under the name of so called ‘the Arab Spring’ for the Islamofascist activities in Syria abstained from drawing attention to this issue.

According to the report, a few years later, this issue became a scandal due to the Turkish government ‘issuing fake passports’ to promote the emigration of Chinese Uyghurs to Syria for fighting for jihad against the Assad government. In the summer of 2015, when the Beijing asked for the repatriation of Uyghurs in Thailand, 'anti-Chinese’ protest demonstrations and violence erupted in Turkey.

As a result of tensions between Beijing and Ankara during this period, Tong Bishan from the Chinese Ministry of Public Security accused Turkey of providing Chinese Uyghurs identity cards to travel to Turkey. It has asserted that these Uyghurs given ‘proof of identity’ by the Turkish officials were sold to jihadist terrorist groups in Syria for 2,000 dollars per person.

The British Reuters News Agency had also interviewed the Uyghurs confirming that they were provided identity papers by the Turkish Embassy in Malaysia.

"UYGHUR FAMILIES WERE TRANSPORTED TO TURKEY"

During this period, particular reports began to be revealed regarding that Uyghur families were transported to Turkey and then settled in the Syrian border town of Zanbaq. According to the claims, this resettlement was under the supervision of Turkey’s National Intelligence Organization (MİT).

According to Anthony Davis, a ‘security analyst’ from IHS Jane, Syrian militants of the Turkistan Islamic Party and their families moved from Turkey to Syria and were settled into abandoned Christian and Shia villages in the region.

The low estimates regarding the number of the emigrated Uyghur jihadists and their families in 2015 were about 5,000-6,000. Uyghur jihadists joined the Al-Nusra Front also reportedly played an important role in the capture of Idlib province, while it was asserted that jihadists who had been gathered were taught weapon training in training camps and were used as suicide bombers in Idlib, Aleppo and Hama.

In the Times of Israel’s report, it is stated that the Israeli intelligence report has confirmed the issue regarding the Chinese Uyghur jihadists fighting in Syria.

These reports indicate that around 5,000 Chinese Uyghur militants are located in the ranks of the Turkistan Islamic Party, Ahrar al Sham and Al-Qaida-affiliated terrorist organizations under various names such as Al Nusra, Jabhat Fatah al Sham (JFS) which is currently Hayat Tahrir al-Sham (HTS), and ISIS.  .

Jenan Moussa, a journalist from the United Arab Emirates (UAE)-based Akhbar Al Aan,   had clearly proved in the previous weeks that Idlib and its surroundings are under the control of Al-Qaida. According to Moussa, 27 of the 38 checkpoints in that province are controlled by Al-Qaida and its allies, 9 checkpoints belong to Ahrar al Sham, and 2 are controlled by directly Turkey-backed Free Syrian Army (FSA) militarily trained by the Turkish Armed Forces (TAF).

Yet, the report said that the US has sent weapons to the region by claiming that Idlib is under the control of ‘opposition’, and therefore, the Turkistan Islamic Party’s jihadist militants have been able to procure advance US weaponry. At that point, it is clear that all checkpoints from Idlib to Turkey are under the control of Al-Qaida or Al-Qaida affiliated jihadist groups. This situation, therefore, discloses the fact that it seems impossible for Turkey’s or any other Western  ‘humanitarian aid’ and weapons sent through the Idlib line to reach so called ‘moderate’ oppositions in Syria.

Paris-based Foundation for Strategic Research reports that the main goal of TİP is to establish an Islamic caliphate in Xinjiang, a provincial-level autonomous region of northwestern China and a region facing an ongoing separatist conflict between China and Uyghurs, while emphasizes the significance of Xinjiang for China and therefore it is expected that China would respond to the US support to Uyghurs.